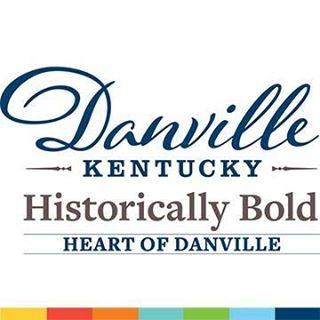 The Heart of Danville Main Street Program is planning to expand its total budget next fiscal year, even though it’s having to compensate for losing $37,500 in funding.

At the first reading of the proposed 2018-19 fiscal year budget Thursday morning, Nick Wade, executive director of the Heart of Danville, said the total of anticipated income and revenue is $213,225, which is $25,566 more than the organization budgeted for this fiscal year — $187,659.

The Heart is taking a hit from the city of Danville, which is contributing $72,500 to the program. That’s $37,500 less than the $110,000 the Heart had received in government funds in previous years.

Wade said, “With a $40,000 budget cut, we had to make some strategic cuts and try to figure out what’s going to be the best bang for the buck, and what are we going to do to really maximize our impact downtown.”

The 18-19 budget anticipates more than $36,000 in additional revenue from general promotions compared to the budgeted amounts for this fiscal year. General promotions includes the Soul of 2nd Street Festival, Harvest Fest, Main Street Live, Lawn Chair Theater and holiday events, among other things.

Wade said he has requested $10,000 from the Danville-Boyle County Convention and Visitors Bureau. He said he is anticipating that money will be approved when the CVB meets this month and approves its budget. The Heart’s budget includes the $10,000 contribution in its “general sponsorships” line item; that line was budgeted for $7,500 this year.

Wade said some expenses have been cut and additional savings will come because the Heart is getting a new insurance provider to provide events insurance.

“Next fiscal year, we’ve budgeted almost $85,000 for events income, where this year (it) was $48,000, and that’s because they were not budgeted to break even. I have no doubt that they will break even, so we just decided to bump that up.”

The Heart’s April profit and loss statement shows it budgeted to bring in $48,384 from its events this fiscal year. As of April — with two months to go in the fiscal year — total revenues from those events were $45,252.68.

The Heart is also hoping to receive more revenue with new event sponsorships and selling special merchandise such as T-shirts, shopping bags, can koozies and beer sales during downtown events.

For example, Wade said they are considering having an inflatable zone at the Fall Fest where tickets would be sold to help offset the cost of the event. Popcorn and soft drink sales during Lawn Chair Theater events are also a good money-maker for the Heart, Wade said.

The Heart may also bring back a skating rink to downtown during the holiday season. Wade said local business, Party on Air, can provide the unique attraction for about half the cost of last year. When asked if it was going to definitely be part of the downtown scene during December, Wade said, “For now.”

“They’ve been hitting it out of the park. They’ve been getting sponsorship money like crazy,” Wade said.

Paducah is the next largest, at about $300,000, Wade said. “They are membership-based and their district is about four times the size as ours. They have a huge downtown district.”

Danville comes in as the third largest budget with $213,225.

Heart chair Logan Germann commended Wade on his ability to put a new and optimistic budget together.

“Nick has done a lot of work getting this thing lean and mean in terms of expenses and then finding additional revenue streams and sources,” Germann said. “He’s been looking under rocks and making phone calls and I appreciate the work you’ve put into it.”

The Heart of Danville’s total anticipated income/revenue for the next fiscal year is $213,225. Total expected expenses is $211,827, which leaves $1,398 in the bank at the end of the fiscal year.