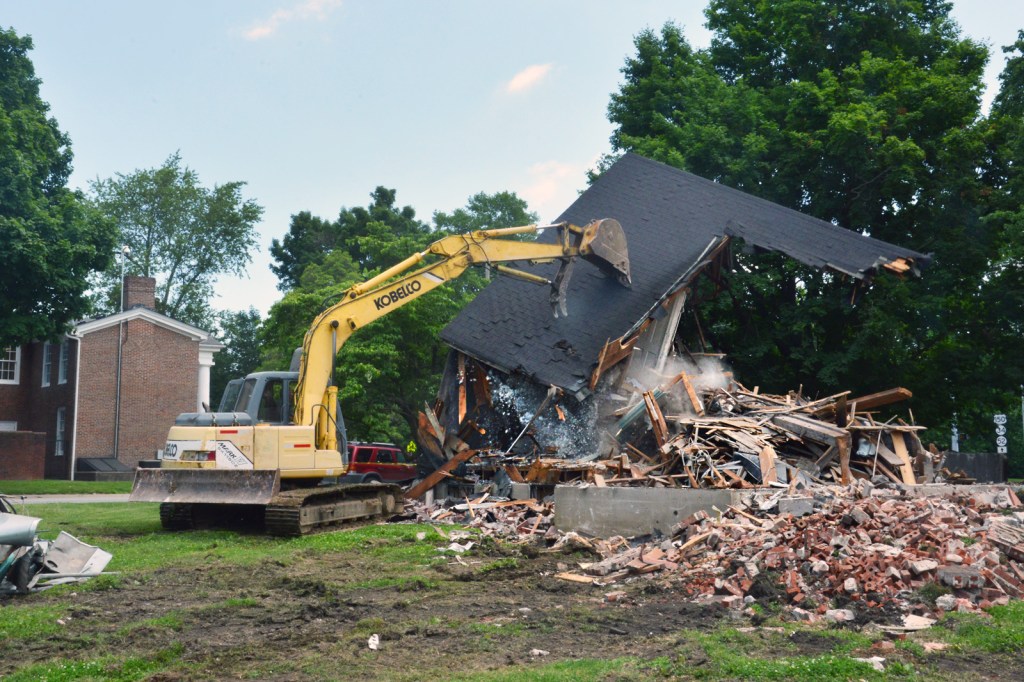 The house located at the corner of Maple Avenue and Main Street, is being demolished by Willie Jarrells with Wireman Construction Company. Even though passersby may have thought the property has always been owned by the college, it was only purchased in January. (Photo by Robin Hart)

The modest brick house on the corner of Maple Avenue and Main Street has been knocked down to make room for more green space on Centre College’s campus.

Even though many passersby may have assumed the house was part of the campus since it was surrounded by administration buildings, a dorm and a college parking lot, Centre only purchased the property in January of this year. The college bought it from Donna Ferrell for $289,920, according to public records.

Michael Strysick, Centre’s chief communications officer, said the college doesn’t have immediate plans for the narrow, angled lot. However, the administration right now likes the idea of having more green space visible to the public.

Eventually, Centre may install signage to mirror the existing brick sign located across Maple Avenue, but it probably won’t be constructed anytime soon.

Instead, Strysick said the college is focusing on the construction of a new residence hall and other projects that were recently approved by the board of trustees.