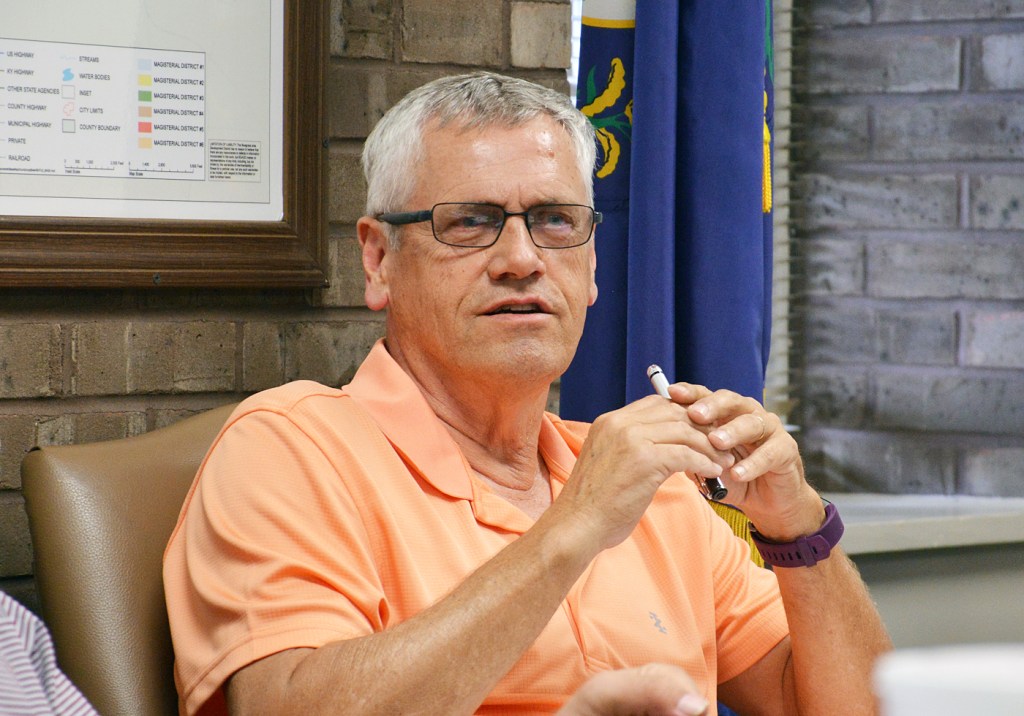 John Drake, director of the Danville-Boyle County Parks and Recreation department for the past 21 years, is leaving that position at the end of July.

During the regular Parks & Rec board meeting Wednesday afternoon, Drake said his retirement was “the worst kept secret in our community.” He said he’s been in the process of coming up with a transitional timetable and knew he’d be leaving “because I do have some independent contractor jobs that kind of conflict with my position with the Parks and Recreation board and the KRS (Kentucky Retirement System) system.”

He spoke in a quiet and deliberate voice when addressing the board about how he sees the organization’s responsibilities to the community and specifically Millennium Park.

Drake said the Parks & Rec board is “non-political.” 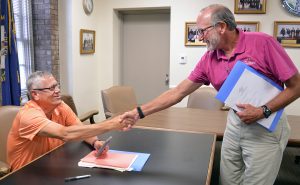 He said during some of the recently held ad hoc meetings, several officials have “preached” about the importance of the Parks & Rec board. “Let them be empowered to do the work for the park.”

Drake said, “I hope as you go forward, those responsibilities continue to be at the highest level of integrity and professionalism.”

He said the department believes “participation is more important than the competition and sportsmanship is above the championship. And I know there’s pressures from the haves that they need to have more. And the have-nots that don’t have the voices, sometimes get shuffled to the side.”

Drake said even though some officials were very complimentary about the money the parks department was receiving, it isn’t nearly enough to take care of all of the Parks & Rec facilities properly.

“With what we got, it’s still lacking. Still lacking because we have to go in there again and cut $40,000 from our already bare bones budget,” he said.

He said with Parks & Rec’s third budget revision, cuts fell most heavily on maintenance — “taking care of what we’ve got.”

Drake said Millennium Park is a beautiful park for this community, but “the desire to add future facilities should not come at the expense of the present footprint of Millennium Park. We shouldn’t compromise by taking what is the existing green pastures and those passive areas in the park that could be compromised by a special interest group that wants one particular high-profile facility.”

Drake urged the board to protect Millennium Park “because if you don’t it will be built and everybody will be patting each other on the back that we’ve got this new facility.”

Drake’s voice lowered even more when he added, “and we will have lost something that is very, very precious.”

Drake said this was the last board meeting he would be attending and he gave one last word of advice.

“Don’t get in too big a hurry to have some of these future facilities at the expense of something that is really, really nice.”