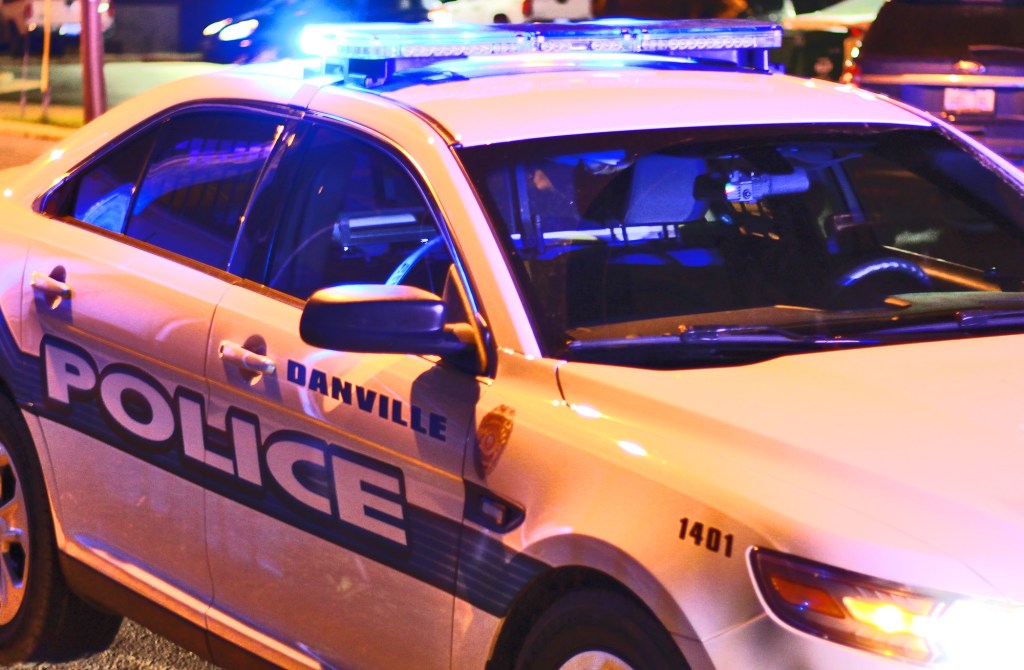 According to Danville Police, about 5:25 p.m., a Danville police officer was on routine patrol traveling east on Lexington Avenue near Dogwood Drive when the driver of a Nissan Rogue, traveling in the opposite direction, veered into the officer’s lane. The officer swerved to the right to avoid being struck head-on, and was subsequently hit on the left rear side by the Nissan and was spun around.

Captain Chris Matano with the DPD said on Monday after hitting the police car, the other vehicle ran through a backyard of a home facing Dogwood Drive and ended up in the front yard of a residence facing Woodland Place. Matano said the driver of the Nissan was having some type of medical condition, which caused him to cross the center line.

Emergency crews treated the officer and the other driver at the scene and both were taken to Ephraim McDowell Regional Medical Center for minor injuries.

Matano said Lexington Avenue was closed between Dogwood Drive and Cecil Street for several hours while an accident reconstruction team investigated the collision.

Both men were lucky they weren’t seriously hurt, Matano said. No charges are pending.

Both vehicles were completely totaled. The names of the drivers are not being released at this time.