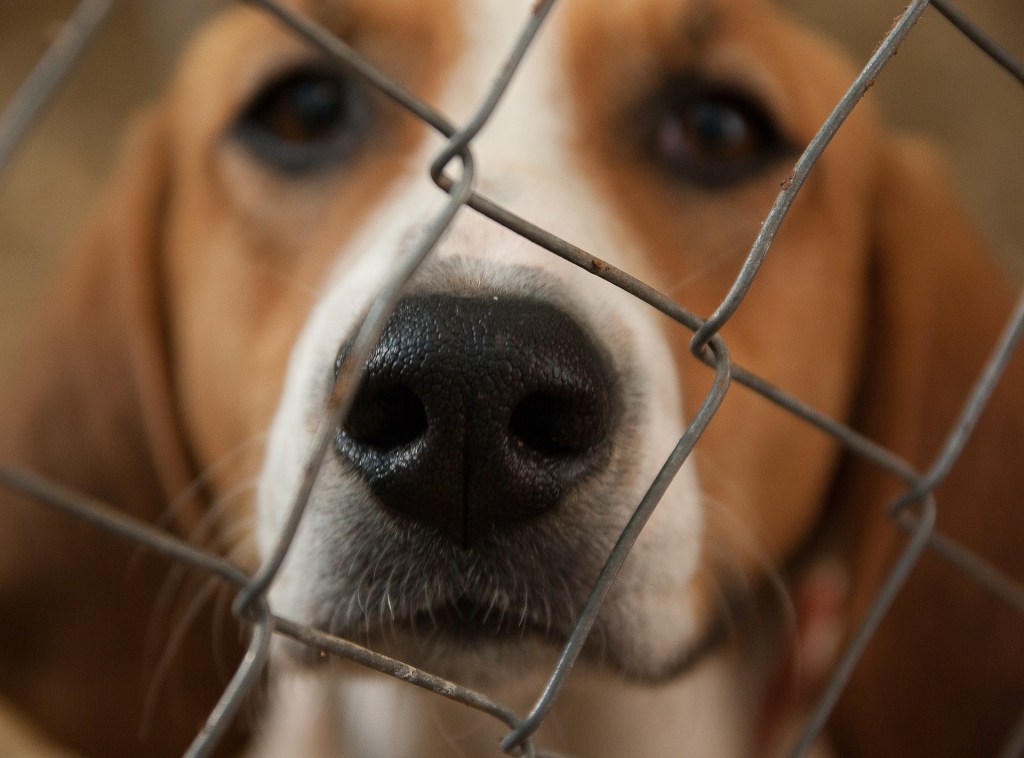 P&Z says will revisit definition of kennel as business, but court focus should be nuisance issues

Boyle County has decided it will review its dog ordinance, which was passed a couple of years back in an effort to resolve a discrepancy between the county’s rules and Planning & Zoning.

The discussion was brought up by Magistrate Phil Sammons, who led Tuesday’s meeting with Judge-Executive Harold McKinney out of town.

Sammons said he hadn’t sat down with County Attorney Lynne Dean to discuss the issue yet, but he’d received complaints in his district about a home in a subdivision with up to 16 dogs.

“As a court, I think we need to take a look at this dog ordinance the county has. I’m not real happy with it at all, and I’d like for us to look at it and see what we can do,” Sammons said. “There’s no reason in the world that people in a nice subdivision or neighborhood, or anywhere has to put up with a bunch of dogs barking all the time. And our ordinance doesn’t cover that too well. And I’m not happy with the way it’s written.”

Sammons said Steve Hunter, P&Z director, knew of the situation. They drove out to the home, which sits on a lot of about 1 acre in a residential area. Hunter said it took him and the magistrate some time to count all of the dogs they saw running around, all of which were friendly.

“Our natural way we handle dogs in Boyle County is to look to the zoning ordinance and say, ‘Hey, you have more than five dogs, you’re a kennel,’” Hunter said.

But, Hunter said, a kennel is really doing something different — not just keeping seven dogs as pets. He said his office will be working on making a definition of what a commercial kennel is so it doesn’t affect residents who may have up to five healthy dogs as family pets.

“But on the flip side, how do you deal with this amount of dogs becoming a nuisance? That’s separate from zoning. What’s the threshold? Five, 10, four dogs?” Hunter asked.

Plus, Hunter said, even if P&Z lets a homeowner know they’ve got too many dogs on their property and they apply for a conditional use permit, it doesn’t alleviate the nuisance problem.

“In reality, some can have many dogs, and it works well. But you can still have a nuisance situation with only four,” Hunter said.

Sammons said in this particular situation, animal control went to the residence and advised the resident what he needed to do. “So, he comes down and gets a kennel permit. What’s that cost, $50? How’s that help the neighborhood?”

Hunter said, “And from our side of things, he’s still illegal,” meaning it’s still in a residential district, not zoned for commercial use.

County Attorney Dean emphatically said she does not recommend rewriting a 2-year-old ordinance, which took a lot of time and work to pass, based on one situation.

“I also do not recommend rewriting the ordinance to incorporate Planning-and-Zoning-type missions — that’s a completely different thing,” Dean said.

She said she’d heard in passing there were some issues, but she hasn’t sat down and talked to anyone about it.

Magistrate Caywood said, “I think the emotions about this are a little different than they were two years ago,” to which Dean agreed.

Sammons said, “We might want to take the county attorney out to where Steve and I went, and she may want to write a little stricter ordinance.”

She said the ordinance the county enacted is to keep tabs on people breeding dogs for illegal purposes, which is a criminal act.

“It doesn’t relate to P&Z, which is a totally separate ordinance with two totally different purposes there. It depends on what you all want to do and what the issues are.”

Hendricks said he thought out of all fairness, perhaps Sammons should get together with Dean to privately discuss the particular issue and get some feeling for it. “Because I think it might be putting her on the spot right now without knowing the particulars.”

Sammons said copies of the ordinance should be given to all members of the court so they can review before discussing the matter again in two weeks.

“I know what we need to do. But it’d probably be illegal,” Sammons said, which was met with laughter.

Later via phone, Hunter said much research has been done on the dog situation.

“We went out to the humane society, and we talked to animal control. We don’t have a cap on dogs throughout the county, as long as they’re being fed and are in good shape — only thing I can think of is that they need a kennel license. But what if they are all healthy but are barking, it smells, then everyone just refers them to the planning commission. It puts me in a tough situation because in zoning, it’s about the use of the property, not a nuisance issue.”

Hunter said even if someone goes and buys a kennel license, in the case of a neighborhood area, “the zoning guys have to come in and say, ‘But you can’t have a kennel there.’ The property owner is getting pulled in two directions. He doesn’t have the zone change to have the license. So maybe we need to define what’s a commercial kennel.”

He said if his office is able to get the zoning ordinance revised, they will define what a kennel is a bit better.

“There’s clearly a commercial component happening. Someone may have six dogs as pets. Why would that be a violation? It’s a violation when customers are coming to the residence, there’s a Facebook page about grooming and there are services. It’s changed the neighborhood because there’s the presence of the business. That’s the violation.”

Magistrate Jack Hendricks informed the court about movements in Monday’s Parks and Recreation ad hoc meeting, noting that it didn’t last long and there were very few items on the agenda.

“Mainly because we all know we have the Brandstetter Carroll report coming up so it’s — I guess you could say — slowing down …” Hendricks said.

Hopefully, the county and city will get together when the report is released to discuss it, Hendricks said.

Brandstetter Carroll was hired jointly by the city and county to do a study of the local parks and create a master parks plan.

Hendricks told the court the committee approved doing some blacktopping in Millennium Park at the basketball courts that will also serve the skateboard park, volleyball courts and softball fields.

“The reasoning behind it was the Parks & Rec board classified doing this as a No. 1 priority they needed to get done this year,” Hendricks said. “We looked at that idea and came up with the idea to recommend it. That vote carried because of the ad hoc committee, and I requested — because of recent events I’m sure you all have read about — I requested that the mayor go to his commission and I would bring it to this court to approve the $40,000 we are recommending.”

The $40,000 is comprised of $20,000 each from Danville and Boyle County that was located last fiscal year and carried over to this fiscal year.

“Our recommendation first came from the parks board, now it’s coming from the ad hoc committee to the court to approve this. I was told by the mayor last night that they voted last night to move on with it,” Hendricks said, referring to Monday’s Danville City Commission meeting.

Hendricks said Brandstetter Carroll had been notified about the blacktopping plans and said it probably won’t interfere with anything they’re doing.

“That has been done, however we’re recommending that we proceed forward. It’ll be at least two weeks before it will start,” Hendricks said.