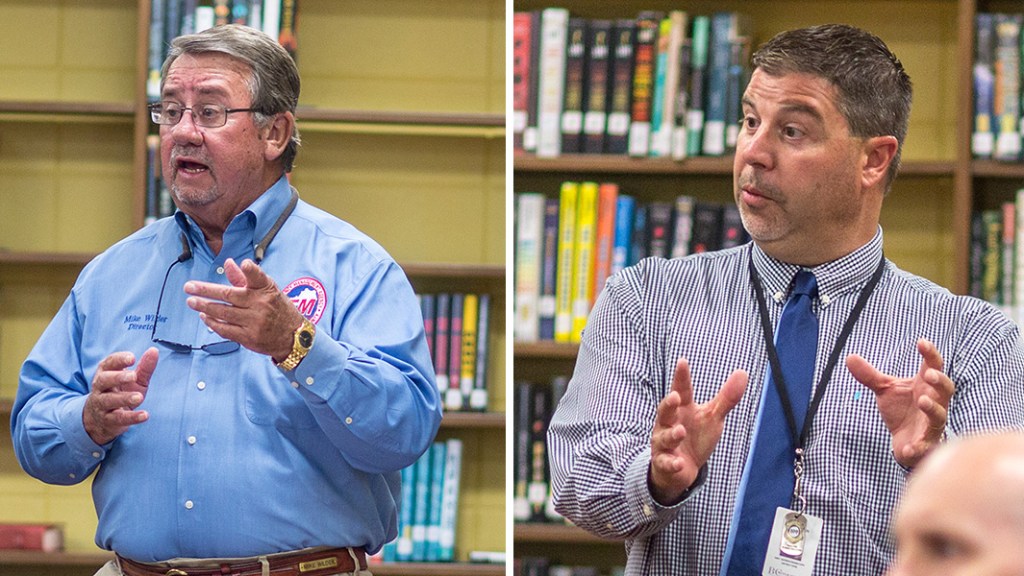 The morning of Aug. 3, it may seem for all the world like there’s been a school shooting at the Boyle County Schools campus in Danville. Parents will be lined up to drop off kids, students will be in the hallways, teachers will be in their classrooms and first responders will be swarming the area, sirens blaring.

But it will all be part of an elaborate drill — one more than a year in the making, one designed to ensure Boyle County is as prepared as possible if the worst were ever to happen here, said Mike Wilder, director of Boyle County Emergency Management.

“We think we’ve put together a pretty good exercise that will test not only our communication skills, but our first responders skills (and our) instant communications system,” Wilder said. “Plus, being able to do it with enough people (will be good). It’ll be live; we’re actually going to respond.”

“We feel like the more we get, that’s going to be a good problem to have,” he said, explaining how organizers want to make it “feel like a typical morning at Boyle County High School” as much as possible.

Holderman said the goal is to have a car rider line outside the school, school buses coming in, student drivers parking and more. First responders will be testing how they can respond to a school shooting, and the schools will too: “We’re going to be able to test our response to something like this as well, in a pretty real life setting.”

The drill is expected to be so large and realistic that Wilder is launching a media blitz in advance to make sure as many people as possible are aware and don’t freak out when it happens. The state is providing two large message boards, one for Perryville Road and one for the bypass, announcing the drill, and Wilder will be providing information for numerous newspaper articles and radio spots. In the days before the drill, Wilder said he will “just beat it every day” to inform people. “Hopefully, word of mouth will help tremendously.”

Wilder said representatives from the FBI and Homeland security will be on-hand observing, as well as a lengthy list of city and county officials. The point isn’t to execute perfectly; it’s to spot vulnerabilities and figure out how to respond better next time.

“We’re going to make mistakes. I know we will, before we ever start,” Wilder said. “But that’s why you have exercises, that’s why you test your resources to see what’s weak and what isn’t weak.”

For example, Wilder said he visited Danville’s new 911 call center in the basement of city hall on Thursday and “there’s still some work to be done and some bugs to be worked out” with the new setup. “It will test their resources there, as well.”

Holderman said the scenario will involve an “active shooter” on the Boyle County Schools campus off of Perryville Road and the Danville Bypass, the location of Boyle County High School, Boyle County Middle School and Woodlawn Elementary School. But further details of the scenario are being kept under wraps “because we want to see how the police and EMS respond to that.”

Superintendent Mike LaFavers said he appreciates the many months of work done in advance of the drill and Wilder’s leadership on it.

“It’s all of our concerns and we’ve got to be proactive on it,” Wilder said. “We’ve said for many, many years … ‘It’s not going to happen here.’ We don’t say that quite as much anymore.”

Boyle County Schools will be distributing information soon about how members of the community — adults and students — can volunteer to participate in the Aug. 3 active shooter drill.