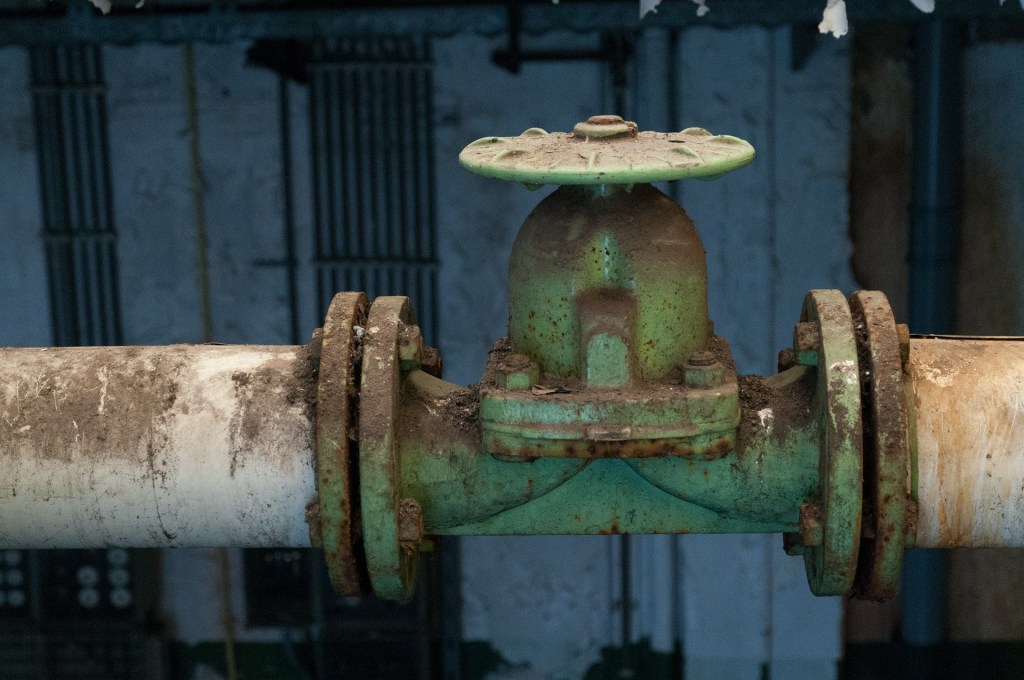 The Federal Energy Regulatory Commission will not reconsider its decision to allow abandonment of a natural gas pipeline.

FERC issued a 19-page order Friday that rejects the arguments of three environmental groups, which claim the regulatory agency ignored its responsibilities by giving permission for the abandonment. FERC’s order argues the environmental groups are ignoring work the agency did for an environmental assessment of the project. The agency states it actually “went beyond what is required” by the National Environmental Policy Act by “addressing impacts, organized by various resource areas, outside the geographic scope of the” pipeline abandonment project.

The case involves plans to convert 964 miles of natural gas pipeline into a “natural gas liquids” (NGLs) pipeline. The pipeline travels through Louisiana, Arkansas, Mississippi, Tennessee, Kentucky and Ohio. An estimated 20.3 miles of the pipeline runs through Boyle County, including underneath Hustonville Road, near Hogsett Primary School and over Herrington Lake.

Tennessee Gas Pipeline Company LLC, a subsidiary of Houston-based energy giant Kinder Morgan, plans to abandon the pipeline for purposes of transporting natural gas and sell it to Utica Marcellus Texas Pipeline LLC, another Kinder Morgan-owned company. UMTP would in theory then use the pipeline to transport NGLs, which are byproducts of fracking in shale fields in the northeast.

FERC issued an order granting the abandonment on Sept. 29 and Tennessee Gas accepted the order on Oct. 30. But it has yet to move forward with the plan, according to a quarterly status report the company filed in early July.

“As mentioned in the last quarterly status report, due to the length of time that has passed since Tennessee filed its application and uncertainty in current market conditions, Tennessee is working to confirm the degree of market interest in the project,” the status report reads. “As a result, Tennessee is not in a position to prepare and file its implementation plan …”

The same day Tennessee Gas accepted the abandonment order, the three environmental groups requested a rehearing of the case by FERC.

The groups are the Allegheny Defense Project, Kentucky Heartwood Inc. and the Kentucky Resources Council. The groups, collectively called “Intervenors” in case filings, alleged FERC had failed to consider the environmental impacts of using the pipeline for NGLs.

Those opposed to the NGL plan, including the Citizens Opposed to the Pipeline Conversion group in Boyle County, say NGLs are heavier, more toxic and more explosive than natural gas. Risk of a leak is unacceptably high, they have claimed, given the pipeline’s age, the types of soil it is buried in and its proximity to large populations and important water resources.

According to FERC’s denial of rehearing, the Intervenors argued the two “actions” involved in the project — Tennessee Gas’ abandonment and UMTP’s use of the pipeline for NGLs — should be viewed as “connected, cumulative and similar” actions. According to the denial:

• The actions are not “connected” because FERC will not have any role in regulating the pipeline if it is used for NGLs.

• The actions are not “cumulative” because “actions that are merely contemplated, as opposed to proposed, are not cumulative actions,” and the plan to pipe NGLs is not one that has been or will be proposed to FERC.

• The actions are not “similar” because timing of the NGL portion of the project remains uncertain, because FERC would not have jurisdiction over the pipeline if it’s used for NGLs, and because FERC has “discretion in deciding which actions to include in its environmental review.”

FERC’s environmental assessment and its order granting abandonment “thoroughly evaluated the need for an (environmental impact study)” and determined it was not needed, according to the denial.

“The Intervenors rely on the conversion to NGLs transportation to sustain their argument that an (environmental impact study) rather than an (environmental assessment) was required, based on their assumption that (the National Environmental Policy Act) requires a review of the impacts of the entire conversion. It does not,” the denial reads. “… because the potential conversion is not a connected, cumulative or similar action, (the National Environmental Policy Act) does not require that we analyze the impacts of the UMTP project outside the geographic scope of the (abandonment project).”

Despite arguing it does not have to consider the risks of piping NGLs, FERC’s denial states it did consider them, anyway.

“… the (environmental assessment) includes information on the UMTP project. (It) observed that potential risks to the public in the event of an accident and subsequent release of liquid would be mitigated by UMTP’s compliance with” regulations from the Pipeline and Hazardous Materials Safety Administration, the denial states.

“The UMTP project does not fall under the jurisdiction of (FERC) and fails to meet any of the criteria for inclusion” in a review under the National Environmental Policy Act. So, FERC “is not required to examine the considerations listed by Intervenors, although as we note, the (environmental assessment) went beyond the scope of review required … in disclosing aspects of the UMTP project. Nonetheless, we respond to Intervenors concerns.”

The environmental assessment acknowledged the pipeline crosses 452 waterbodies, “including nine major waterbodies,” and acknowledged “potential for leaks during operation,” even though it has no regulatory authority over NGL leaks, the denial states.

Intervenors claimed that FERC failed to address the “potential impact on air, land and water resources … of leaks and failures of pipeline integrity.” That “point by Intervenors is too vague to be meaningfully addressed,” the denial states.

The environmental assessment also noted UMTP would be required to comply with Pipeline and Hazardous Materials Safety Administration regulations for detecting leaks. And the environmental assessment also states the pipeline was constructed in many places using “wrinkle bends,” which were used in the past to “conform pipeline to the contour of the land” but are no longer used as a construction method, according to the denial.

“… we understand that the conversion project would involve remediation of these wrinkle bend sections, including 2,800 wrinkle bend locations where old pipeline will be replaced,” the denial reads.