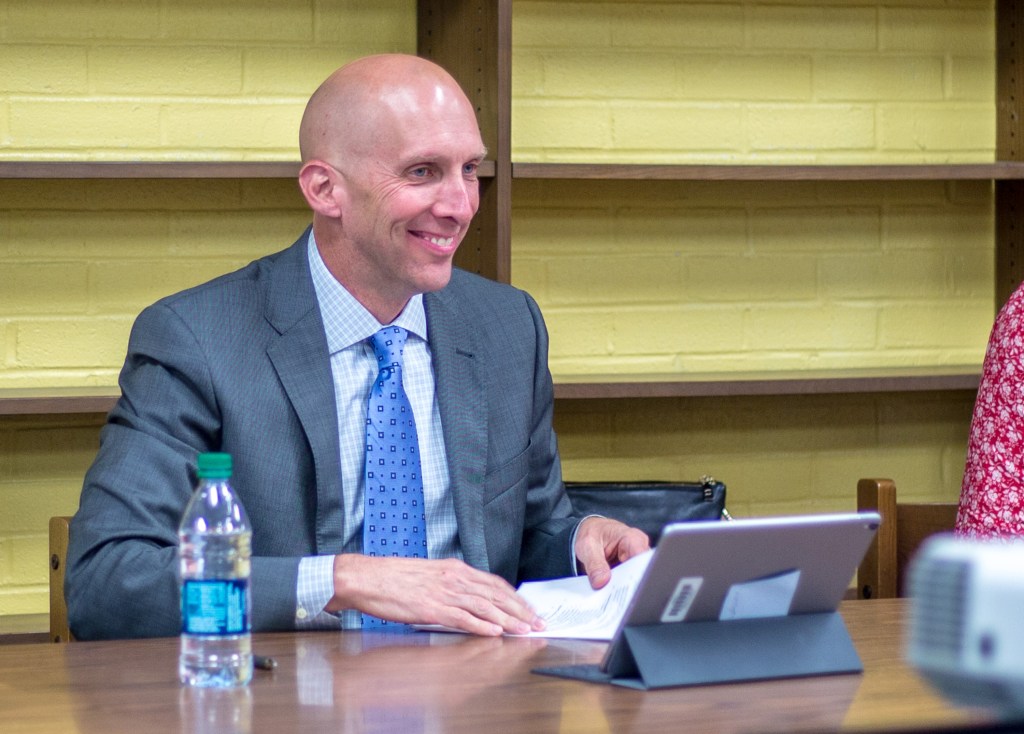 The Boyle County Board of Education approved its new School Safety Strategic Plan Thursday. The plan was largely the same as presented in July, except for some additional funding for components in the “mental health” section.

The plan calls for spending more than $425,000 over the next three years on a wide variety of measures designed to improve students’ safety, the most expensive of which is the addition of two school resource officers, for a total of three.

When the plan was presented in July, board member Laura Guerrant questioned whether spending on mental health improvements should continue after year one.

The plan approved Thursday increases mental health funding in year one to $8,000, and adds recurring funding of $4,000 annually after that.

The plan was released to district staff and the public last month for review and everyone was asked to offer opinions and input.

Superintendent Mike LaFavers said Aug. 9 the plan was “well-received” and “we’ve had no comment from the parents, community or teachers to say, ‘revise it or change it.’”

Thursday night, LaFavers said the plan has been reviewed by staff around the district and the addition of mental health funding was the only change made.

The plan was developed by a 20-member strategic planning committee focused on addressing school safety. The committee was formed after school shootings in Marshall County and Florida early this year, LaFavers said in July.

“The committee began work by gathering feedback from students and staff with small group discussions that occurred in February, March and April,” according to a summary presentation on the plan provided by the district. “This strategic plan addresses potential vulnerabilities and recommended solutions to ensure the safety of all Boyle County students and staff.”

The addition of two school resource officers — at an estimated cost of $100,000 annually — is the number-one priority in the plan, according to previous comments from Assistant Superintendent Chris Holderman.

In addition to new school resource officers, there are four other high-priority changes, listed in order of importance:

• monitoring of all exterior doors and visitor management;

• student connectedness and mental health; and

According to staff, some of the most noticeable effects of the plan would be new visitor procedures, including background checks and high-tech visitor badges, and the fact parents would no longer be allowed to enter school with their kids in the mornings.

The new school resource officers are not in place yet. LaFavers said Aug. 9 that the district is “still working with our community agencies to figure out how that will work.”

“I think we will make it work, it’s just not happening at the start of school,” LaFavers said, adding that it may take “at least one more semester to get the SRO plan in place.”