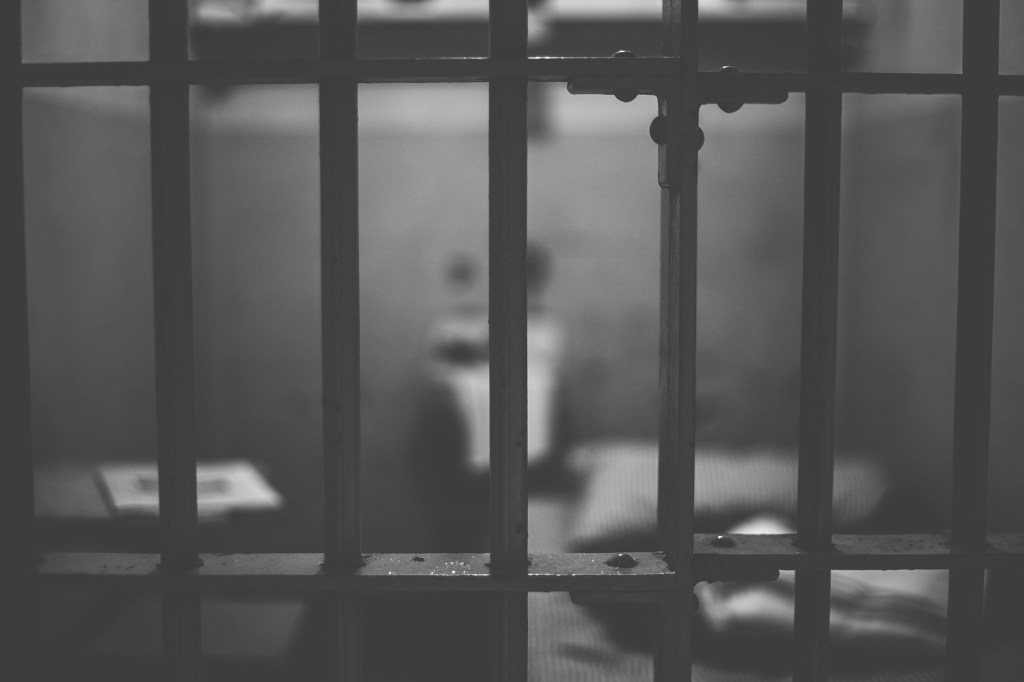 The Boyle County Fiscal Court wants to send the results of a comprehensive study of the local criminal justice system to “certain people” in Frankfort, to ensure it becomes known at the state level “what’s going on.”

The fiscal courtroom got quiet Tuesday morning when Magistrate John Caywood approached the subject of the study at the end of the court’s regular meeting. First off, he noted the report showed the “love and care” the Boyle County Detention Center’s employees show to inmates, adding, “It probably has saved us from potential lawsuits.”

But his main point — one he said he’d even “lightened up on from where I was on it earlier this morning” — was what the report lists as a primary cause of overcrowding in the jail.

“I would ask you to suggest to the Joint Jail Committee that we we go to Frankfort. Send this report to Frankfort, and send this newspaper article to Frankfort, and let’s let Frankfort know that we have an issue,” Caywood said, referring to the initial story printed in the weekend edition of The Advocate-Messenger about the study.

He then broke it down by numbers: “If the jail is using 50 extra beds per day because of what the judicial system is doing … you multiply that by 365 days to the year — that’s over half a million dollars that we and everybody in this room has contributed toward it. I have a real problem.”

Caywood said he’s concerned about how the report is handled, because the outcome showed “what I think to be a major attitude that I don’t know we can control here locally, or change here locally. It’s in the judicial system. And that’s in print (referring to facts in the report), I make no qualms about it — it’s in the judicial system, which we have no control over.”

Caywood went on to say he felt the lack of participation from judges is the reason the report took so long to compile. “Because Dr. (Allen) Beck (jail consultant) had to do an awful lot to work around that. He told me personally, that he worked harder on this than any project he’s ever had to put together.”

Caywood said the overcrowding issue is “not being faced by the people who are really the ones who set the system … and the cost is shared by all of us.” It’s not just a monetary cost; there’s a social cost as well, he said.

Caywood said he believes local residents want them to solve what he sees as a major legal problem for Boyle County, “dollar-wise and social-wise.”

McKinney agreed, and said when the report is finalized, “I would suggest we share it with certain people in Frankfort … I’m not really sure how much good it will do … but I think it’s a really good idea.”

McKinney said he realized after reading the report that anyone could sit down and run the numbers and realize how much change is needed.

“You read that chapter two very very carefully,” he said, referring to the chapter of the report that examines how case processing in circuit and district courts are affecting the entire criminal justice system. “It points out some things that are very, very interesting.”

Magistrate Jack Hendricks said he feels one of the biggest issues brought out by the study is how the inmate numbers should “really be 20 percent below what the maximum (jail capacity) is … For instance, today, we’re only 36 over our max, but really that’s not the truth. We’re really 56 or 66 over our max of what they suggest we have.”

Magistrate Phil Sammons pointed to the revenue the county is missing, referring to payroll taxes, because inmates may be missing out on employment.

“The way I see it, (Jailer) Barry Harmon is out there feeding them and taking care of them, and they should be productive citizens,” Sammons said. “… Why don’t they just have two days in jail, judge, instead of 15 or 20 or 30?”

Sammons said the societal impacts are as bad as the economic ones. He said the average person will lose their job after three days in jail; that families can be split up, and it’s a “tear-jerker system.”

Caywood said he spoke to the local Economic Development Partnership about working with local employers to understand “they have to give people a second chance.”

“It’s a runaway train, the way I look at it,” Sammons said. “And someone needs to stop it.”