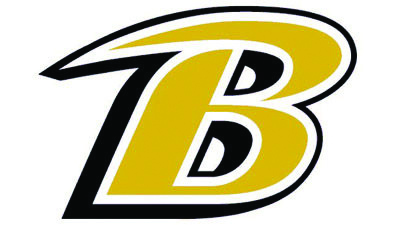 Boyle County is among Kentucky’s best-performing school districts, according to state accountability scores released this week.

Boyle County High School and Boyle County Middle School both rank within the top 15 in Kentucky at their grade levels for students’ math and reading scores, according to the Kentucky Department of Education’s 2017-18 student assessment results. The district’s three elementary schools all had reading and math scores that placed them among the top 50 elementary schools in the state. All the elementary schools and the middle school also scored among the top 50 schools at their respective grade levels for scores on science, social studies and writing (the high school level was not scored in this area).

“By all accounts, last year was as good of a year as we’ve ever had,” Boyle Superintendent Mike LaFavers said. “I can’t say enough about the determination of our students, teachers and administrators to drive improvement during a year when they could have been so easily distracted. In a year where we were faced with safety planning, pension reform, budget cuts and new accountability measures, we worked really hard to stay focused on our kids’ academic growth.”

The high school also excelled when it comes to ACT scores and advanced placement (AP) courses. According to BCHS Principal Mark Wade:

• the high school’s average composite ACT score reached 22 for the second year in a row and 19 percent of the senior class scored a 28 or higher; and

• students took 340 AP exams, an increase over the previous year, with a 64-percent pass rate.

“I think that I was rather pleased with our performance. I didn’t see anywhere that we underperformed,” Wade said.

The high school is doing well on college and career readiness, but doing even better on the ACT and readiness is a focus this year, he said.

At Boyle County Middle School, Principal Steve Karsner said he’s proud of his schools’ scores in reading and math, particularly because they improved over the previous year’s scores. “In almost every subject” at every grade level, more students scored at the higher levels of “proficient” and “distinguished,” while fewer scored at the lowest level of “novice.”

“They’re still not a zero — we’d like them to be at zero,” he said of novice scores. “… As far as improving, we’re still working to improve those same two areas — to get more and more kids proficient in reading and math, and trying to eliminate novice, trying to help all our students do well.”

Junction City Elementary Principal Pam Shunk said while her school has traditionally done well with scores for underprivileged students and student growth, it has also “lagged” on proficiency scores for reading and math. To fix that, last school year proficiency was a major focus for teachers. The school used co-teaching methods to help keep special education students in regular classrooms; exchanged students between teachers to create more effective small groups and more, all of which “helped dramatically,” she said.

The school also assigns teachers to specific subjects in fourth and fifth grades — “I think that allows the teachers to really specialize in the subjects that they’re teaching,” she said.

“As far as using the data, obviously what we did last year worked, so we will continue to do that,” Shunk said.

At Perryville Elementary School, Principal Chris Slone said while school’s math and reading scores are very high (it has the 15th-best proficiency score out of all 723 elementary schools in the state, according to analysis by The Advocate-Messenger), the school can do better in the area of science. In order to accomplish that, he hopes Perryville teachers will be able to take some pages out of the book of Junction City’s fourth-grade science teacher, Sherrie Davis, who has helped her students achieve very high science scores.

Shunk said Davis is a veteran teacher who “obviously understands the content very well,” but she also knows how to engage students in active learning.

“If you were to come out to Junction and ask most any fourth-grader what their favorite subject is, it will be science,” she said. “They enjoy her class and I think that’s part of probably a huge reason as to why they perform so well.”

Superintendent LaFavers said collaboration across schools is something happening all around the district, as teachers and administrators attempt to share successful strategies and ideas.

“We’ve got somebody here that’s got the answer. So we can really help each other,” he said. “… That’s unique because all of our schools are high-performing.”

“We are very competitive, but we all love each other,” she said.

At Woodlawn, a vast majority of students are proficient in writing and social studies, but “even though we’re up in the 90s, we’re not going to be satisfied,” she said.

Science scores are lower at Woodlawn than elsewhere in the district, but Bates said she’s still proud of the school’s performance in that area because it’s the first year for the state’s new assessment methodology. She also hopes to get some help from Davis on improving science learning for students.

Assistant Superintendent David Young said he likes the new science standards, which teachers have been working toward implementing now for about three years (even though this is the first year to be assessed on the new standards).

“I think that it requires you to really dig in and teach those science skills at a really deep level,” Young said. “In my opinion, they’re a much better set of standards than the previous set of standards.”

All the principals agreed while it’s easy to talk about successes, that doesn’t reflect how hard everyone in the entire district has to work to achieve those successes.

Karsner said even beyond the teachers, students, parents and school staff, there’s a high bar set by Boyle County’s residents for their school system.

“Our community expects us to do well,” he said. “I think that’s important.”

Lexington Mayor Jim Gray has added his voice to a chorus of governmental officials in the state opposed to a... read more