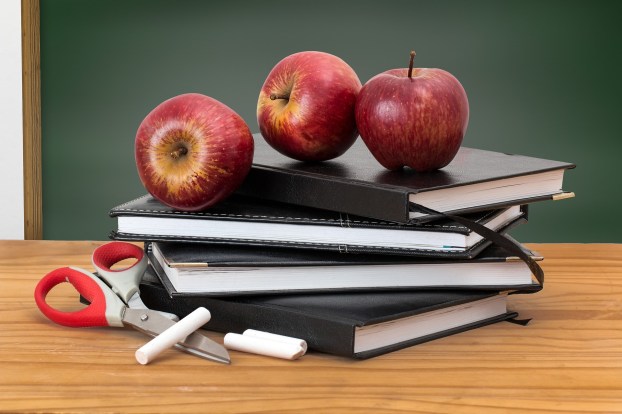 Danville’s schools have been identified for “targeted support and improvement” (TSI) by recently released state accountability scores, meaning the schools have specific student groups who are performing poorly in the areas that the state measures.

The district’s scores, released by the Kentucky Department of Education this week, suggest there is room for improvement in student performance. Superintendent Tammy Shelton said in fact, improvements are already being made in many ways and there are a lot of positive things going on for Danville students that the state-level data doesn’t necessarily capture if you only look at final scores.

“You really have to look across the data deeply to see if you’re moving in the right direction,” Shelton said. “… we’re seeing the positive trend we want to see. We are seeing increases in proficient and distinguished (strong test scores); we are seeing decreases in the lower two levels — in novice and apprentice (poor test scores). So we’re seeing the trend we want to see across the data, not just one bright spot.”

The district examined its own proficiency scores in reading and math for all students through eighth grade and found that proficiency has gone up from 2017 to 2018. What’s more, Shelton pointed out, scores are also rising for many specific student groups: At the elementary level, African-American students, Hispanic students, economically disadvantaged students and students with an individualized educational plan (IEP) are all improving their reading and math scores over last year, according to the district’s analysis.

Those same student groups are all improving at the middle-school level in reading and math as well, with the exception of IEP students’ reading scores. The only student groups at the elementary level with lower reading scores this year are females (drop from 54.7 proficiency to 52.7) and students with two or more ethnicities (drop from 46.9 to 40.8). In elementary math scores, only white students (from 48.6 to 48.3) and English language learners (18.8 to 15) saw drops in their scores.

A total of 418 schools were identified by the state as TSI schools — close to 40 percent of schools in the state, Shelton noted.

Commissioner of Education Wayne Lewis said being identified as a TSI school helps schools to focus on improving education for student groups with low scores in all areas the state looks at.

“It is an imperative that we ensure every group of students is performing at high levels. We can’t leave groups of students behind,” Lewis said when the scores were released. “This is a moral issue. Our expectation must be that all of our students can learn at high levels, regardless of income, gender, race/ethnicity or disability status. It is schools’ responsibility to identify approaches, curricula and strategies for meeting students’ needs.”

According to a news release from KDE, “while KDE will provide resources for TSI-designated schools to improve, ultimately, it is the responsibility of schools and districts to use the accountability results to chart a course that continuously improves achievement for all their students.”

The state has not yet told Danville what that support will look like, Shelton said.

In order to be designated a TSI school at the elementary and middle school levels, a school must have at least one specific group of students who perform poorly in reading and math scores; science, social studies and writing scores; and in “growth,” a measurement of how much improvement students are making over time, Shelton said.

For a TSI designation at the high school level, a group of students must perform poorly in reading and math scores; college and career readiness; and graduation rate, she explained.

Danville High School and Bate Middle School are both identified as TSI because of the 2017 scores for their students with disabilities, according to KDA data.

The scores for the individual elementary schools, however, aren’t necessarily useful, since the district reorganized its schools this year and now has one primary school for preschool through first grade and one intermediate school for second through fifth grades.

Shelton said the district can still use the state data and scores available for all elementary school students in the district. The reorganization is one reason she said she’s optimistic scores will improve solidly over time.

The district’s elementary scores in reading and math; and in social studies, science and writing were all below the state averages, according to analysis of the KDE data by The Advocate-Messenger.

Haley Ralston, principal at Danville High School, said career readiness is where the school’s scores “took the biggest hit.” It can be tough in a small district to provide things like technology centers that really benefit students’ career opportunities, she said — “it’s harder on our kids to get career-ready because we have limited access to career pathways.”

But the district is working on that — just this year, the high school has added a new “Allied Health” career pathway, which allows students to work with professionals from Ephraim McDowell Health and potentially earn an industry certificate that will help them get a job when they graduate, Ralston said.

The high school scored a 52 on its “transition readiness” component, the 189th-highest score in the state out of 231 high schools.

Ralston said she is hoping to add another career pathway next year, as well.

“That would help that transition ready score immensely, to give those opportunities to our kids,” she said.

“Steady growth is real growth,” she said. “We might be TSI, but that’s real growth to me — is to see those sub-groups moving (up in their test scores). That tells me that we are doing the right thing for our students.”

Leo Labrillazo, principal at Hogsett Primary School, said beyond just reorganizing the schools this year, the district is working hard on building “continuity” for students so they leave Hogsett prepared for learning at Toliver Intermediate. The goal is “district-wide” continuity, he said.

Robin Kelly, principal at Toliver, noted there was “a lot of change” in the school district last year, as construction progressed and plans were put in place for this year’s reorganization.

“I feel like we have lived through that struggle and that period of change and now we are building a stronger culture in our schools, so that learning is a top priority” she said. “… Last year we had some distractions.”

Ralston said teachers, administrators and school staff love the students in Danville Schools and “that does not change based on what came out” in the state scores. The KDE data will definitely be used in the district to improve, but the main goal remains helping kids, she said.

“We’re not going to get bogged down in all this, in the numbers. Because ultimately, while we’re going to look at the data, we are going to continue to focus on what we focus on every day, and that’s our kids,” she said. “… We will make adjus tments, just like we do every year. But it’s important not to get bogged down and tied up in a number, because kids aren’t a number.”

THE ADVOCATE-MESSENGER Staff report All five candidates running for the three seats on the Danville Independent Schools Board of Education... read more