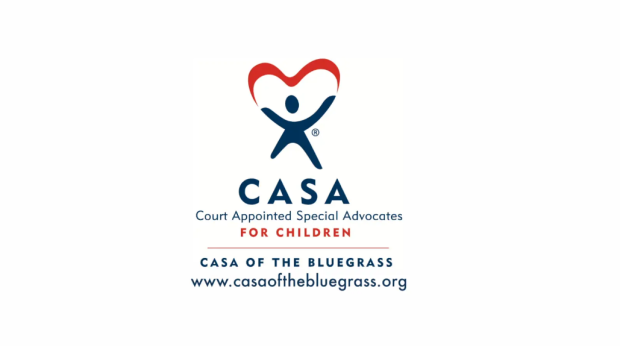 Drugs may be causing more family court cases in Boyle

The community’s children are becoming collateral victims of a systemic problem. Laura Guerrant put out an SOS on behalf of CASA of the Bluegrass to Boyle County Fiscal Court Tuesday morning, making magistrates aware the advocacy group may see its highest year yet in terms of children who need help.

With two and a half months still left to go in this year, CASA’s executive director explained that already 180 new children have entered the family court system due to neglect or dependency.

“The total number for 2017 was 125, so we have well-surpassed that already,” Guerrant said. She said CASA (court-appointed special advocates) has been able to serve a little over 100 of them so far this year with the services it provides.

“So, it’s probably going to be one of our higher years yet, and I’m sure most of you all can probably figure out what one of the root causes of that is, and that’s the drug epidemic in our community,” she said. “The population of child victims in our community is growing because they are the collateral victims of a systemic problem that’s going on right now.”

Although CASA serves Anderson, Boyle, Franklin and Mercer counties, those numbers reflect only Boyle, and were provided by the Administrative Office of the Courts based on petitions received.

Guerrant thanked the court for its annual “investment” in the program, and said that due to funding provided, CASA is able to get matching federal grants, giving it the ability to serve more children. Guerrant said the support is imperative because “when our community governments are involved and partnering with us, it allows us to leverage more money for grants in order to help more children.”

Guerrant reminded the court that CASA provides its services through trained volunteers who do independent investigations, with its main goal to make sure “every single child we serve has safety and permanency at the time of their case closing.”

She encouraged everyone “not to forget about these kids. They need our services; they need our support. They’re the future of our community.”

She said providing consistency for children involved in these types of cases is incredibly important. “The kids who we are working with get bounced from foster home to foster home; they’ve got different therapists they are seeing; they might attend three, four different schools while they are in foster care; but they have the same CASA volunteer for the entire time.”

Guerrant said with all of this considered, when a child knows they have one specific person who’s looking out for their best interests, it can be a game-changer, positively affecting their self-confidence and overall wellbeing.

“Our outcomes are wonderful. They’re more likely to graduate from high school; they typically find permanency more quickly. Long-term studies have shown we have a tendency to break the cycle of generational abuse. So children who have a CASA volunteer, they grow up and are less likely to abuse their own children,” Guerrant said. “It is a truly interesting, unique and wonderful service we provide that no other agency can provide.”

Guerrant said CASA “is not a Band-Aid. We’re preventing future things from happening.”

CASA volunteers work with children from age 0 to 18. “I just wanted to express how important it is that we realize that the number is increasing at a rapid rate. That’s a lot of children …”

Magistrate Phil Sammons, who was chairing the meeting in the absence of Judge-Executive Harold McKinney, asked, “Do you have a problem with — say, you have a child under your care, and a mother or dad decides they want to take them themselves. Do you have the authority to keep them and supervise them? What’s the deal with that?”

“No, we do not provide that type of service,” Guerrant answered. “Social workers would be the ones who deal with that. We’re an independent set of eyes and ears that basically report to the judge and the court parties.”

“So, the judge sends the kids to you?” Sammons asked.

“Well, he appoints them to us and we investigate their case. We follow up, make recommendations for services for them. They’re never in our custody in any shape or form,” Guerrant said.

“We facilitate processes. We try to — we’re a non-bureaucratic approach to thinking outside of the box as to how we can achieve safety and permanency more quickly for every child we serve,” Guerrant said.

“As you all know, my office works with CASA quite a lot,” Dean added. “When people ask me what can I do to help with this drug epidemic, one way that anyone in the community can help — and, I think, make a direct impact on the drug epidemic — is to become a CASA volunteer or a foster parent. It’s really a very worthy, worthy cause.”

All  students at Perryville Elementary School got to pick out their own pumpkins to decorate this fall, thanks to a... read more