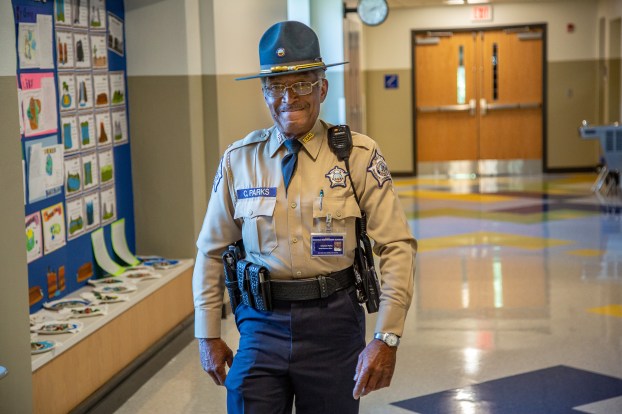 Danville Superintendent Tammy Shelton formally announced this week that Al Isaacs will be joining Charlie Parks to serve as the district’s two SROs.

Parks had been splitting the duties of one full-time SRO position with another officer, TJ Thomas. Thomas is now going to serve as the second SRO in the Boyle County Schools full-time, while Parks and Isaacs will both be full-time in the Danville Schools, Shelton confirmed Wednesday.

Shelton called on Sheriff Derek Robbins to stand during this week’s Board of Education meeting, when she announced the plan.

“He has worked diligently to not only provide the first but to also provide the second SRO,” Shelton said. “… I just want to say thank you for providing that service to our school system.”

The Danville school district unexpectedly lost its previous SRO, Chase Broach, over the summer, when it was announced the Danville Police Department did not have the manpower available to continue providing the position. Broach was transferred to a regular patrol beat. 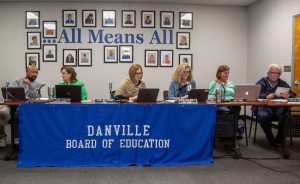 Ben Kleppinger/ben.kleppinger@amnews.com
The Danville Board of Education meets Monday at Danville High School.

Shelton said Robbins’ office stepped up after that and found a way to provide SRO services through two part-time retired officers — Thomas and Parks. As a result, Danville has had an SRO officer available since the first day of school this year.

The Danville district has been paying $3,500 monthly — the same amount it paid to the DPD — to the sheriff’s office for SRO services. Shelton said the second SRO position will also cost $3,500 monthly, for a total of $7,000.

As he walked the halls of Toliver Intermediate School Tuesday, Parks said he’s looking forward to working with Isaacs. Parks has worked in law enforcement for 35 years, including as police chief in Perryville and with the Danville Police Department.

He said he enjoys being an SRO. When he was Perryville’s police chief, he would visit Perryville Elementary School all the time, and “you get hugs and high fives” from the kids. “I get that here and I get that at Hogsett. I just hope to make a good impression on the kids because I hate it when kids don’t like police.”

Shelton said it took months of work from the sheriff’s office to get things worked out with the state so the retired officers could work full-time again without affecting their retirement.

Robbins admitted last week it has been a lot of work — “It is a lot of paperwork and it is a pain in the butt. Now that we’ve got it down, we’re doing a little better with it.”

Robbins said more and more law enforcement agencies are looking for or will soon be looking for retired officers who want to come back and work under the same setup the Boyle County Sheriff’s Office has figured out. 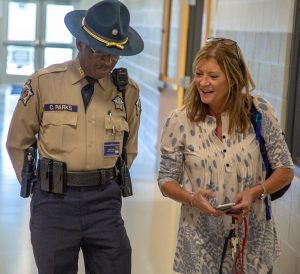 As a result, retired officers are a great option for law enforcement agencies looking to provide SROs for their schools while staying within tight budgets. “They’re going to be a hot commodity,” Robbins said.

A second new solid waste coordinator was approved to be hired Tuesday during the Boyle County Fiscal Court meeting, since... read more