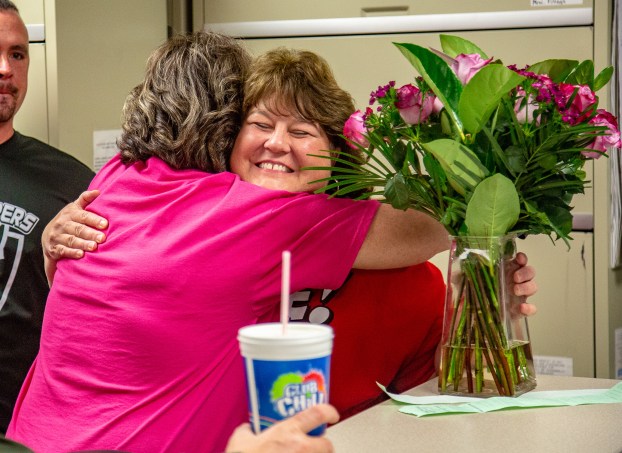 Democrat Trille Bottom retained her post as Boyle County Clerk in Tuesday’s election by winning all 26 precincts and 63.1 percent of the votes. Her challenger, Republican George Coomer earned 3,947 votes, while Bottom tallied 6,840.

“I was pleasantly pleased because in an election, you never know which way it’s going to go,” Bottom said. “It’s a tribute to the voters that have the confidence and faith in me to do this job four more years.”

Improvements to her office are forthcoming, Bottom said on Wednesday, which will include soon having a website for the public to log onto to look at deeds and mortgages. “The devil is in the details,” she said.

It hasn’t been determined yet, however, if the service will be free to the public or not. “That’s the devil in the detail,” Bottom said.

She said her office will still continue to offer online motor vehicle renewals through the Kentucky Transportation Department. And it will also continue offering the public online and over-the-phone payments to renew vehicle registrations. “Not all county clerk offices offer that,” Bottom said.

“I appreciate all the support from the community and pledge to do the best job that I can do.”

Bottom declined to say if she would run again in four years. “I’ll see where I’m at in four years and where the office is.”

Coomer said he’s proud of the campaign he ran.

“We didn’t go negative. I ran on my own merits,” he said. “… I thought I probably would have done a little stronger. I knew it was an uphill battle and that’s OK.”

Coomer said he was now going to “keep on selling real estate and auctioneering.”

“And I’m going to hang on to those yard signs,” he added. “You might see them again in four years.”

With the election of four new magistrates and a new county judge-executive, the Boyle County Fiscal Court will have... read more