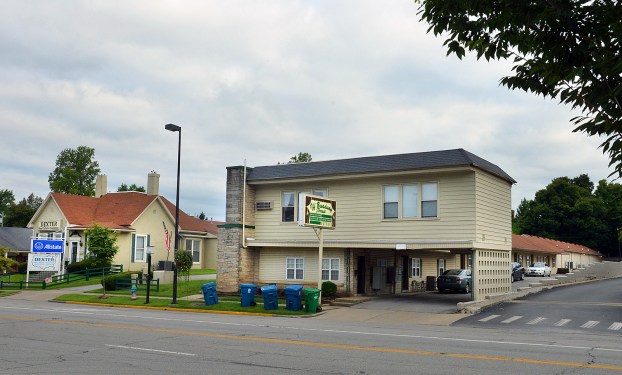 Danville City Commission gathered on Election Day to ensure the approval of acquiring property for a new downtown fire station was “crystal clear,” as previously stated by City Manager Ron Scott. The commission unanimously voted Sept. 10 to buy 451 and 461 W. Main St., adjacent buildings next to city hall, for $1,150,200.

The buildings are owned in part by Stephen Dexter’s family, who is the city attorney. Scott reiterated that Dexter “hasn’t been involved in any aspect whatsoever” with the decision over purchasing the property, and that a third party attorney from a Lexington firm represented the city for the deal. According to records provided with the resolution, the total amount paid by the City of Danville to Thurman Law Group is $3,722.50.

The properties purchased are Sam Dexter Insurance Agency Inc., for $257,420, and Off Broadway Terrace apartments, for $897,780. Owners to be paid for the purchase are listed as Robert Finley Hendrickson, Brenda W. Hendrickson, Tim B. Dexter, Ella Mae Dexter, Mark S. Dexter and Julie S. Dexter.

Commissioner Denise Terry moved for approval of the resolution, with Commissioner Rick Serres seconding it. Serres then asked if Scott would give a “brief overview” for those in attendance, explaining “some of the constraints we had in some of the properties we looked at, and why this is a good fit for us.”

Scott said the project was a “team effort, including the fire chief, city engineer and myself …” and that approximately 14 different properties were considered. They were viewed, he said, based on the ability of the fire department to “provide timely service and having road access to our population density centers,” in consideration of ISO fire department standards.

“… We tried to come up with a suitable property that best met all of those needs in a price range that was affordable to the city,” Scott said.

The BISCO building, the former Boyle Industrial Storage Company location that’s now the public works garage, was also considered, he said, as well as the former 911 center on Hustonville Road. But due to their proximity to Clark’s Run, concerns about high water potential and a bridge over the creek bed in need of replacement, neither were viable alternatives.

“We had similar constraints when we looked at other properties, this wasn’t our first choice. We actually made another offer on a property, but owners were not motivated to sell at the appraised value,” Scott said. “Some of the properties that some of our residents wished us to consider frankly did not meet the size of the lot requirements. That was the case in one that has been discussed quite a bit.”

Scott said the city considered “expanding our footprint at the existing site” at the corner of Fourth and Main streets, but was “unsuccessful in having that owner be responsive to our offer made, and it was not accepted,” referring to US Bank.

“So, actually we tried two other times before this alternative,” he said. “For all of those reasons, it was a unanimous decision to the fire chief, city engineer and myself that we recommend” the adjacent properties to city hall to be purchased.

Terry thanked the staff for its “diligent research and being patient with us while we poured over maps and charts and explanations.” She said no one “took this decision lightly” or made “a quick decision; we deliberated on it many hours in executive session.”

“Again, this wasn’t our first choice,” Commissioner Kevin Caudill said. “Certainly wasn’t my first choice, but I’m not an expert on fire stations. We had to rely on the expertise of others, and — for that reason — I’ll go along with the vote today.”