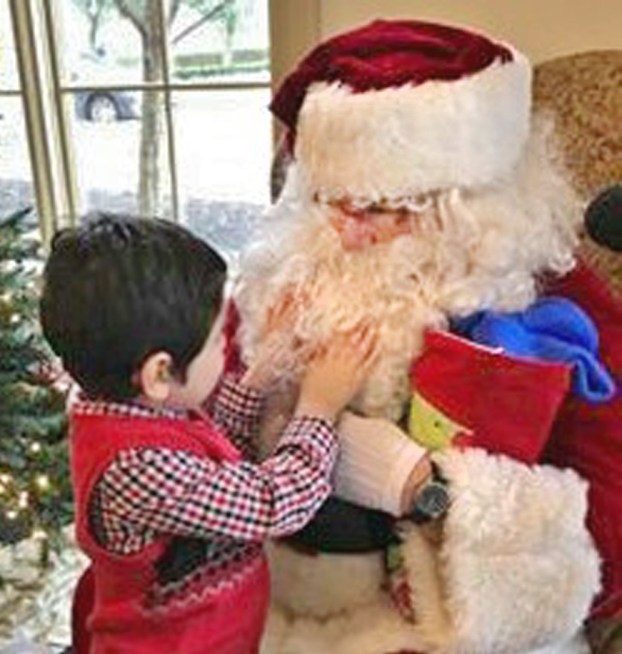 This year, 30 children and 15 senior citizens will be receiving Christmas gifts and a party thanks to the Kiwanis Club of Danville, but the club members receive a special gift too — the gift of giving with a warm heart.

“Many of these children have not only been through tough times despite their young age, but some have also experienced very traumatic events due to no fault of their own because of factors like drugs in the family, loss of family members because of accidents or tragedy, and similar occurrences,” Kiwanis President Robert Cunningham said. “There will be other children they encounter through school, church or elsewhere in the community who are blessed with nice gifts at Christmas. We would like to make sure the kids we’re helping get special treats of their own, enjoy a good warm meal, and get their own special time with Santa before he gets especially busy on Christmas Eve.”

Kiwanis club members do good works for the community all year long, said club member and Christmas Committee Co-chair Carol Senn. But the annual Kiwanis Christmas party for children is her favorite.

“It is my Christmas,” she said. “I can tell you some stories that will just put tears in your eyes.” 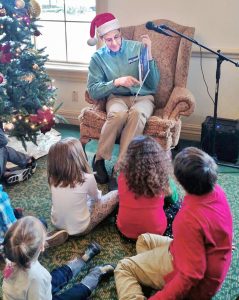 For example, she remembered when a little girl was so excited about opening a present that contained a pair of gloves that she showed them to every adult at the Christmas party because she’d never had a pair before.

Then there was the time many years ago when a child was dying of cancer and the mother was expecting a baby. Every cent the family had was going to help the sick girl and there was nothing for the baby — not even a crib, Senn said.

When Kiwanis found out about the family’s situation they got everything they could on the little girl’s Christmas wish list and the store helped them afford all new furniture for the baby’s room. Presents were delivered to the family early and the child died right before Christmas, Senn said as her voice trailed away.

The annual Christmas event was already a well-established tradition by the time she joined Kiwanis 25 years ago. She’s been on the Christmas committee ever since she joined.

This year, the Kiwanis are able to help more local children and increase the amount spent on each child, Senn said. The growth of the Kiwanis Christmas event depends on how successful its fundraisers are throughout the year. In years past, the club was able to spend $100 apiece for about 20 children. But thanks to generous donors and successful fundraisers, the club will be spending $125 for 30 children this year, which is the most children the club has been able to have at the Christmas party, Senn said.

For the past two years, Wilderness Trail Distillery has helped support the club’s endeavors with a chili cook-off. “That has been a godsend. It has been our biggest fundraiser. It has allowed us to up the number of kids,” Senn said.

Each child receives several individually wrapped gifts of new toys, a coat, shoes, three outfits, socks and underwear, and a stocking filled with treats, Senn said. At the party, which is set for Dec. 13, the children will have a special lunch, decorate Christmas cookies and sing carols. They’ll hear the story of the Nativity and Santa will make a special appearance. Each child will be allowed to open just one gift. The rest are sent home with the children to be opened on Christmas morning, Senn said.

“You see those kids’ faces … to me it’s so important. When a kid goes back to school and everybody’s talking about their new clothes, or they’re talking about what they got for Christmas … and if a child doesn’t have that, where they can be the same as all the other kids, how much does that lessen their self-esteem? They need to feel like everybody else who got presents under their tree,” Senn said. “It’s not just the material things, you know. They should feel like other kids.”

Cunningham said the children seem to be grateful for the party and gifts every year. “We don’t think many of them have received enough material possessions for them to get to the point of taking them for granted. In fact, some of them will be hesitant with the buffet and special dessert bar we have for them, as if they aren’t sure if it’s OK for them to partake. We let them know that this is our special time for them,” Cunningham said.

These children “would have absolutely nothing for Christmas,” said Christmas committee co-chair Mark Cross. The Kiwanis want to give to the children “who will truly benefit the most,” Cross said.

He and his wife, Melissa, do the toy shopping for the children on Kiwanis’ list, a job he’s happy to do for about the past 10 years. “What grownup doesn’t like to shop for toys,” Cross said laughing.

How many toys they can purchase depends on the budget. “It’s strong this year,” he said, because of donations that were given to them, and support from Wilderness Trail Distillery.

He said he always has a warm, special feeling in his heart when he watches the children enjoy the annual Christmas party. They’re so grateful, not only for new toys, but also for their new coats and shoes, Cross said.

Trille Bottom has made shopping for the Christmas Kiwanis party a tradition she enjoys with her mom. Bottom has been a club member for about nine years and is the coat shopper for the kids. 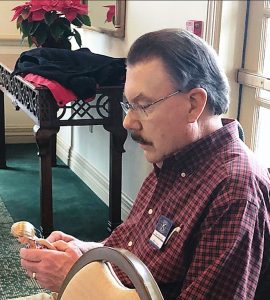 To purchase “good quality coats” and make their budget go further, Bottom and her mother shop the Black Friday sales in Danville, she said, and are usually two of the first ones in the store at about 6 a.m. They have the list of children which not only lists their sizes, but also some of their favorite colors, sports and action heroes. Bottom said if a little girl likes pink, they try their best to get her a pink coat. If a little boy likes Batman, a Batman coat is what they look for, Bottom said.

“I really enjoy it. Christmas for me is all about the kids,” Bottom said. “I like to help a child have a good Christmas. And I know I helped them get a warm winter coat. It’s very rewarding.”

For the senior citizens Christmas party, it’s more about socializing with the seniors and making them feel special, Senn said. They don’t receive gifts like the children do, but they do get a grocery store gift card and a stocking that members of the Kiwanis filled with treats and goodies.

They enjoy a holiday lunch with Christmas music playing in the background and Santa pays them a visit.

To contribute to funding for Kiwanis’ Christmas parties, email Robert Cunningham at robertc@stuartpowell.com. For more information about the Kiwanis Club of Danville and how to join, email Denise Henderson at dnhenderson@emhealth.org.

Life for Boyle County kids has improved in almost all areas in recent years, except one: children in out-of-home care.... read more