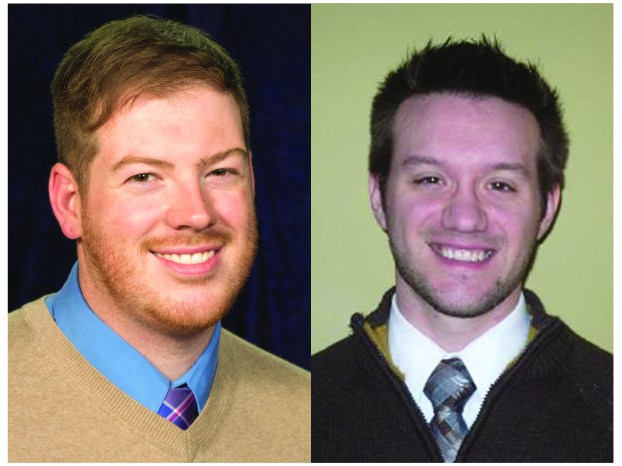 Heart of Danville’s leader is leaving his post here for a similar job in Covington.

As Executive Director Nick Wade is preparing to leave, Dustin Duvall, Heart of Danville’s marketing manager, will serve as interim director during the transition, according to a news release. Duvall has been working with the Heart of Danville since October 2017.

Wade will be moving to Covington in northern Kentucky, where he will begin serving as the Director of Renaissance Covington on March 11. His last day at Heart of Danville is Feb. 28.

Renaissance Covington is a nonprofit aimed at revitalizing Covington’s urban core through creative placemaking, special events, community programming and small business support. It was also given the 2017 Great American Main Street Award, according to the release.

“The organization has been leaders in utilizing creative, out-of-the-box initiatives to revitalize Covington,” Wade said. “To serve as the main street director of a vibrant, urban city is going to be a fun and challenging experience. “

Wade has worked with Danville’s main street program for three years, two and half of them as executive director.

Working to improve the city he grew up in “has been an incredible opportunity,” Wade said.

“Over the last few years, I have had the most rewarding experiences getting to know the downtown business owners, helping families create memories at our downtown events and making a lasting impact on my hometown.”

Under Wade’s guidance, the Heart of Danville has had many accomplishments over the last few years.

“The installation of the mural and the development of the Main Street Live concert series are just two of the many gratifying projects (accomplished) during my tenure,” Wade said. “The people I have been able to work with and the relationships I have made have truly made my time here special.”

“My time in Danville has been both a great learning opportunity and a rewarding experience,” Wade said. “Leaving my hometown is bittersweet, but I know that the Heart of Danville will continue to succeed in its mission to revitalize downtown Danville.”

Duvall said during the transition, the Heart will continue to plan and organize downtown events just like before.

“Main Street Live and Lawn Chair Theater begin in May, and there are other possible promotion events for downtown on the back burner,” Duvall said. “During this year, HOD will be focusing a lot of our efforts in economic vitality, entrepreneurship, and business recruitment, and development initiatives.

“Since beginning my work at HOD, I have learned so much about the passion that people have for Danville and Boyle County. Everyone has opinions and thoughts about what is best for Danville, which shows me that everyone just wants to see this place get better and better.”

Complaints against KSD being investigated

Two parents with children attending the Kentucky School for the Deaf have provided letters to a Lexington newspaper about various... read more