Jenna Oakley apologizes for her role in step-mom’s death 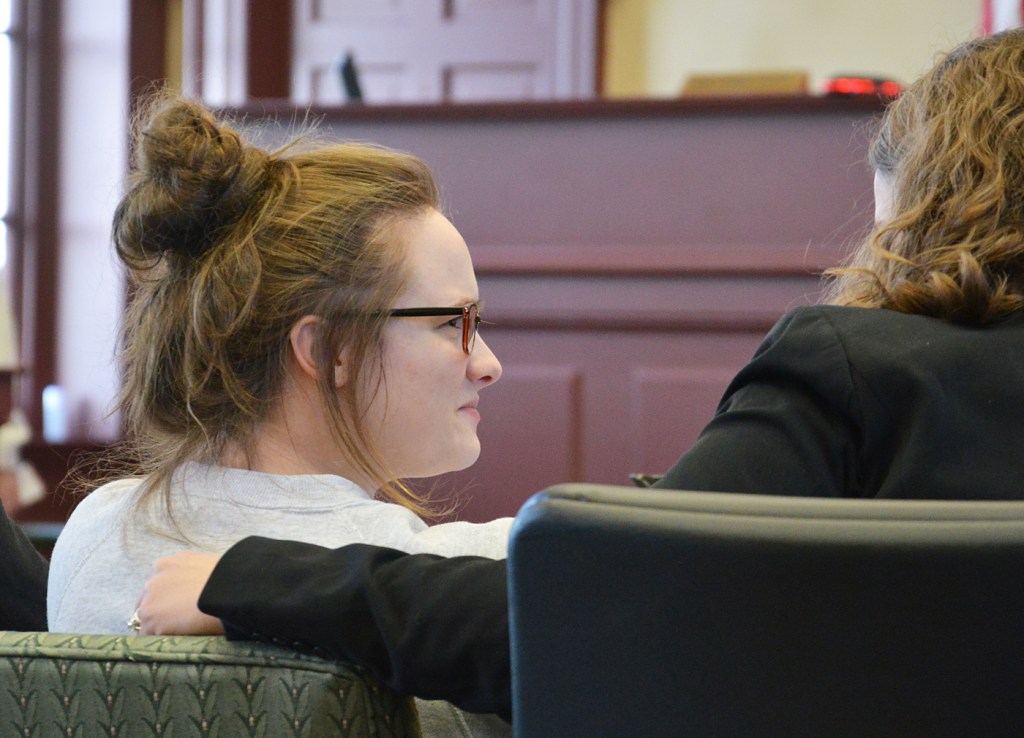 Jenna Oakley, 17, who pleaded guilty to first-degree manslaughter last month, apologized to the court Friday morning for not trying to help save her step-mother on the day she was killed.

Oakley was to appear for a final sentencing, but her attorneys filed a motion Friday for Oakley to receive treatment in the Department of Juvenile Justice until she reaches the age of 18 years and five months. Oakley will turn 18 on March 2.

The motion in part read, “The United States Supreme Court recognized that juveniles are inherently redeemable and that based on science, juvenile youthful offenders are ‘categorically less culpable than the average criminal’ and enhances their prospects for change and reform.”

Following Oakley’s plea in January, Commonwealth’s Attorney Richard Bottoms recommended a sentence of 10 years on the manslaughter charge and five years for a theft charge, to be served consecutively, for a total of 15 years.

In her letter written to Judge Peckler, Oakley said, “I’ve been incarcerated for almost two and a half years now, since the young age of 15. My incarceration has struck me with so many losses: most of my friends, all of my family, and especially my step-mother. I cannot tell you how very sorry I am that I did not try to save her that day, almost two and a half years ago.”

“I’m also sorry for all of the pain, hurt, anger and frustration that it has caused,” Oakley wrote. “For so long I didn’t, but as I grow closer and closer to adulthood, I have come to accept accountability for my inaction of not trying to help and save her that day when she needed most to be saved.”

Personal Effects: Humidor with timepiece worth a pretty penny…