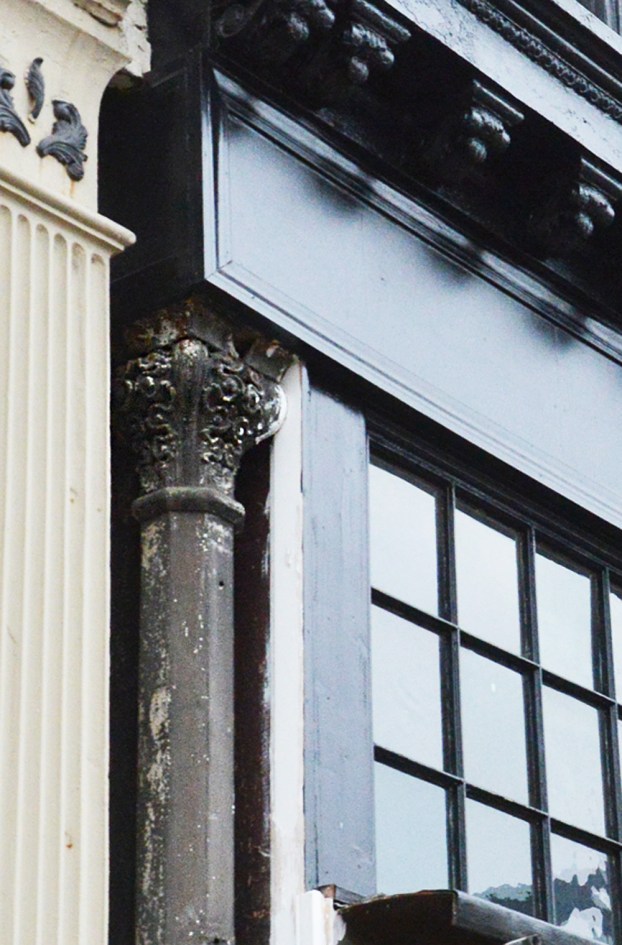 The top of an original, ornate iron post can be seen at the building located in downtown Danville at 311 West Main Street. File photo by Robin Hart

The Danville and Perryville Main Street programs are making a positive economic impact in this area, according to the Kentucky Heritage Council. The local programs were also two of 25 communities to recently achieve national program accreditation for 2019, as certified by both the Kentucky Main Street and the National Main Street centers.

The Heart reported that 23 new jobs were generated in the downtown historic district and five new businesses opened last year.

“Being a part of the Kentucky Main Street program for over 32 years has had a tremendous impact on our local economy and our historic commercial district,” Wade said. “The support we receive from the Heritage Council and other Main Street partners has helped us create a community favorite events and programs.”

A new business is set to open this spring in the Boyle House, and a historic home has been listed on Airbnb for overnight rentals beginning in March, Goode said.

“These figures show that people are committed to making their community a better place to live and raise their families by investing in their property for the future of their families and community,” Goode said.

Both Wade and Goode said private-public investment reported by their organizations and other communities is enhanced by the Kentucky Historic Preservation Tax Credit, available for owners of historic buildings and residences listed on the National Register of Historic Places.

Current legislation proposed in House Bill 456 would increase the cap of this credit from $5 million to $30 million. Since enacted in 2005, the state credit has generated $517 million of private investment in preservation throughout the state, leveraged through $39.7 million in credits.

Kentucky Main Street was created by the Kentucky Heritage Council to reverse economic decline in central business districts through historic preservation and redevelopment of commercial buildings. Participation requires local commitment and financial support, with a community Main Street director administering the program and a volunteer board. KHC provides technical and design assistance, on-site visits, a resource center and access to national consultants.

A whiskey company building rickhouses for bourbon storage on the west edge of Danville is acquiring additional land from the... read more