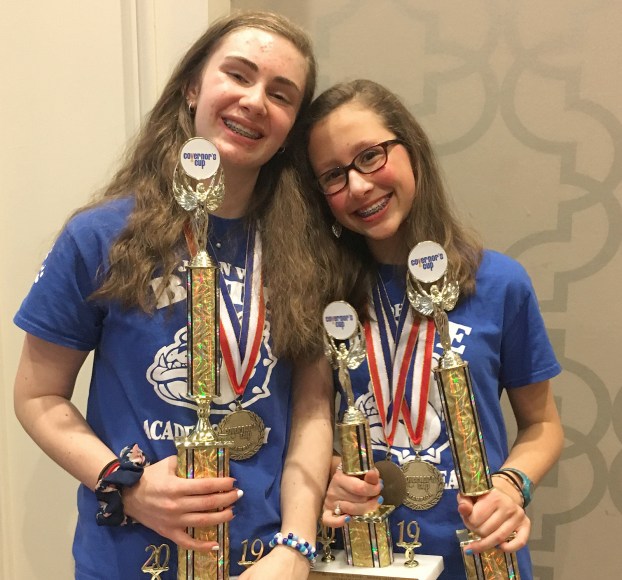 The John W. Bate Middle School academic team is the only middle school in Kentucky that earned two state championships in testing in this past weekend’s Governor’s Cup competition in Louisville.

Pusateri also placed 20th out of 118 students in social studies testing while Pierce placed fifth in the state in arts and humanities.

Carney said once all the the testing and quick recall points were tallied, Bate finished in seventh out of 300 schools that participated in the competition.

Carney said that the quick recall team went to the Sweet Sixteen for the fourth year in a row. “We felt a little down about our quick recall finishing knowing we should have done better,” Carney said in an email. “But nothing to feel down about here. … We finished in the top 16 of the state which is certainly nothing to sneeze at.”

“I am extremely proud of my team and all of our accomplishments this year.” However, the quick recall team isn’t finished competing yet, he said. Members have qualified for and accepted two bids to two national tournaments, he added.

Other students who placed in the Governor’s Cup academic competition from Bate include:

The two juveniles who were arrested in connection with a rock-throwing incident that caused a Boyle County Sheriff’s deputy to... read more