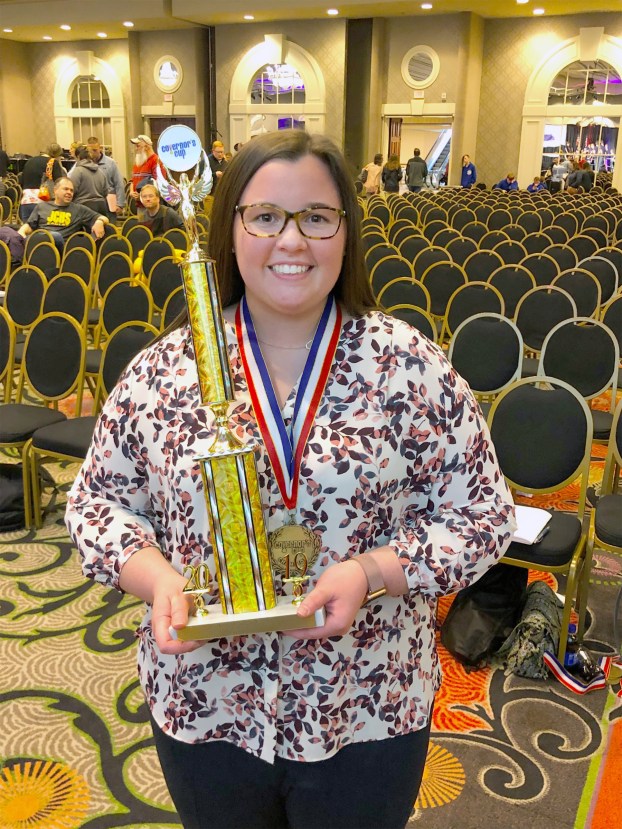 A Boyle County High School senior won a statewide writing competition, then a couple of days later, she won an award at the Kentucky United Nations Assembly.

Jaelyn Young won the Kentucky Governor’s Cup in composition by writing a four-page opinion paper based on recently passed House Bill 46, which requires every public school in Kentucky to post “In God We Trust” within the school building.

Young said she took a position against the bill because of what she had learned in Advanced Placement government classes, where they read court cases and judicial reviews.

She said there were about 100 writing competitors and they were given 90 minutes to read the subject prompt, decide on their stance and write two pages, front and back.

Young said she remembered the court cases she studied in her AP government class and cited those to support her opinion.

Young has competed on academic teams since fourth grade and placed a couple of times in district and regional writing competitions. She qualified to compete on the state level in eighth grade and last year, but didn’t place either time.

Winning the state championship in written composition in her senior year made all of her hard work and effort worth it, she said.

“I knew there were so many other incredible writers. I did feel comfortable in mine,” Young said, explaining she thought students from larger cities and private schools were probably going to be better writers.

“I was so surprised. … I almost didn’t believe I actually won,” she said. “I think it’s really cool. I think through my schooling, I’ve developed my writing skills.”

Young said AP classes have helped her to expand her vocabulary. “Combining that content with my writing skills made my writing piece stick out.”

The Governor’s Cup writing competition took place Saturday, March 16, in Louisville. On Sunday, Young was attending the Kentucky United Nations Assembly conference in the same city when she found out she was the state winner in written composition.

She said she left the conference for a while and walked across the street to receive her large trophy and medal.

She likes math as well as writing and will be attending Western Kentucky University Mahurin Honors College next year to earn a degree in mathematical economics. And she’s also becoming more interested in politics.

She said she “used to kind of stay out of it. But I keep coming back to AP gov. That class has made me care more about the world around me and kind of the state of the world around me, so I’ve become more invested in politics and what different policies and policy makers mean to me.”