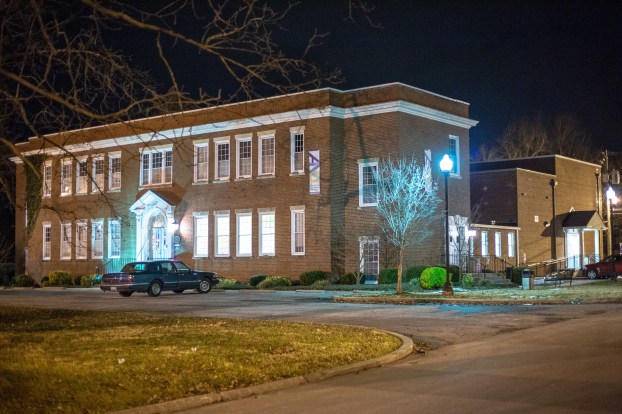 The American National University building next to Danville High School will soon be owned by the Danville Independent School District, which will use it as an alternative school and its new central office. Photo by Ben Kleppinger.

Danville Schools to close on ANU building next week

The Danville Independent School District expects to close on the building that will serve as its new central office and alternative school next week.

The Board of Education voted unanimously Wednesday evening to authorize purchase of the American National University building next to Danville High School for $820,000. The board had already approved entering into a purchase option on the property in January, but needed approval from the Kentucky Department of Education before the sale could be finalized.

Board attorney Vince Pennington said KDE approval has now been received and the closing will likely happen next week. The only notable change to the purchase contract since the board reviewed it in January is the addition of language stating that the purchase is a “bargain sale” because the district is buying the building for less than it is appraised for, Pennington said. That language will allow ANU to claim a charitable deduction for tax purposes, he explained.

Board Chair Steve Becker said he spoke with someone else who had been considering purchasing the ANU building for a commercial venture before the school district bought it. 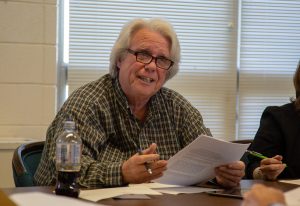 Danville school board Chair Steve Becker participates in Wednesday’s special called meeting, during which the board gave final approval to purchase the American National University building. Photo by Ben Kleppinger.

“He felt like we got an extremely good deal,” given the excellent condition of the building, Becker said.

The district will be able to use around $300,000 in restricted funds on the purchase, and a little more than half a million will be spent out of the general fund.

The building was listed for sale by Schrader Commercial Properties at $1.495 million, according to a property fact sheet provided to the school board members before they approved the purchase option in January. It is a 10,700-square-foot building sitting on 2.36 acres.

Plans for the ANU building include:

• The district will be able to consolidate its alternative school classes from the middle- and high-school levels in a single area away from other students, and use classrooms already outfitted with chairs, desks and technology like projectors.

• The front section of the building will house the district’s central office, with enough additional space to relocate some staff with district-wide responsibilities from their current offices in specific schools.

• The ANU building and the curriculum materials that come with it can help the district expand its career pathway offerings, particularly in the area of health science, and students at the high school can easily walk to the adjacent ANU building for any classes.

• A rear basement area will provide the district with valuable storage space for records.

• The parking lot behind the ANU building will allow the district to park all of its buses on-site, next to its garage, and could provide space in the future for a new bus maintenance facility.

• A room in the front basement area will give bus drivers a better office space in which to complete paperwork and do training.

• There will be at least three conference-room-style spaces that can be used for staff training and school board meetings.

ANU had 67 on-campus students at its Danville location when the sale was announced. Campus Director Mike Sutton said at the time that ANU was looking into other options for properties in the area.

“All of our current students will be fine to continue their programs,” Sutton said in January. “There’s no worry about that whatsoever.”

ANU has three other campuses in Kentucky — in Lexington, Louisville and Pikeville.

City prepares for next meeting with county over Parks & Rec