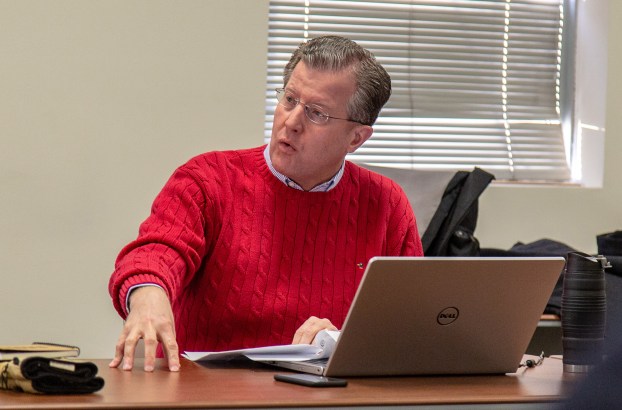 No. 10 in the country and first in Kentucky.

No. 247 in the country and fifth in Kentucky.

How can there be so much variation?

“The simple answer is each ranking has its own set of inputs to arrive at the ranking,” said Jody Lassiter, president and CEO of the Danville-Boyle County Economic Development Partnership. “And, depending on the inputs, the Danville micro is impacted by economic data of both Boyle and Lincoln counties.”

What even is a micropolitan statistical area? MSAs or micros are geographic areas defined by the U.S. Office of Management and Budget using data from the U.S. Census. Each micro contains at least one city with a population of at least 10,000 but no more than 50,000, and rural areas around that “urban core.”

The Danville Micro consists of Danville — population 16,218 — and Boyle and Lincoln counties. The total population of both counties based on the 2010 U.S. Census is 53,174. 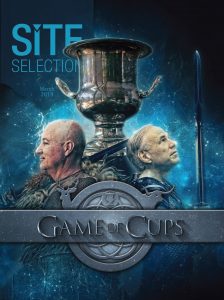 The Danville Micro has fared exceptionally well in recent years, in terms of attracting new jobs and businesses, according to one nationwide ranking of all 530+ micropolitan statistical areas. SITE Selection Magazine ranked Danville 10th in the nation and first in Kentucky for economic development project announcements during 2018. Danville has been in the rankings’ top 10 for four years straight.

“The magazine’s ranking is solely for new/expanding business projects announced in a year that qualify through new construction/renovation, more than $1 million in investment, over 20 jobs, and over 20,000 square feet,” Lassiter explained.

Among the seven announced projects in the Danville Micro in 2018 were:

• a $9.6 million expansion at American Greetings that could result in 62 new jobs paying an average hourly wage of $16.40; and

• expansions at Hobart and Dana, details of which have not been publicly released.

Unlike the other micropolitan rankings available, SITE Selection only ranks the top 100 micros in the country, so not every Kentucky micro earned a ranking.

The Walton Family Foundation has a substantially different economic ranking for the Danville Micro — 247th in the U.S. and fifth in Kentucky, behind Bardstown, Mount Sterling, Richmond-Berea and Glasgow.

The WFF rankings attempt to identify the “most dynamic” micros in the U.S. They “are derived from performance-based metrics such as job growth, wage and income gains and a new metric, the proportion of total jobs at young firms,” according to the WFF.

The jobs at young firms metric “captures which communities are creating meaningful jobs for their residents and those that might desire to in-migrate, “according to the WFF.

“Our Most Dynamic Micropolitans Index attempts to bridge a gap in identifying which smaller communities are thriving and which are struggling to provide economic opportunity for their residents,” according to the WFF. “… the index provides a fact-based evaluation of whether development strategies have the desired effect.”

The POLICOM Corporation gives the Danville Micro its lowest marks out of the three, ranking it 427th out of 551 micros in 2019.

“The economic strength rankings are created so POLICOM can study the characteristics of strong and weak economies,” according to an explanation of the rankings by William H. Fruth. “The highest ranked areas have had rapid, consistent growth in both size and quality for an extended period. The lowest ranked areas have been in decline for an extended period.” 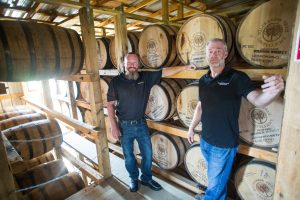 Wilderness Trail Distillery owners Pat Heist and Shane Baker stand by bourbon barrels inside a rickhouse at their Lebanon Road location. An expansion at the distillery is one of seven announced economic development projects in 2018 that helped the Danville Micropolitan Statistical Area rank as No. 10 in the nation, according to SITE Selection Magazine. File photo by Ben Kleppinger.

POLICOM relies primarily on data from the Regional Economic Information System published by the Bureau of Economic Analysis. It also includes the longest time-frame in its weighted scores, going back to 2001 for some metrics.

“The formulas used to determine economic strength measure how the economy has behaved, not what has caused it to perform,” according to Fruth.

Lassiter said the EDP has asked Fruth about the metrics he uses to create the POLICOM rankings. Fruth told an EDP intern that the Danville Micro’s ranking “is significantly degraded” by the amount of assistance received through Medicaid by the micro’s residents, Lassiter said.

“He shared with the intern that the Danville Micro (Boyle and Lincoln) is actually in the top 50 or so micros for these metrics, which reduces our overall ranking,” Lassiter said.

The POLICOM rankings involve a formula that uses a large number of data pieces, according to Fruth, including earnings, jobs and wages for all workers, wage and salary workers, non-farm proprietors, construction workers and retail workers. The rankings are affected negatively by per capita and total welfare and Medicaid funding.

Someone keeps cutting the lock on the gate between Whites Park and Millennium Park in Boyle County. Boyle County shut... read more