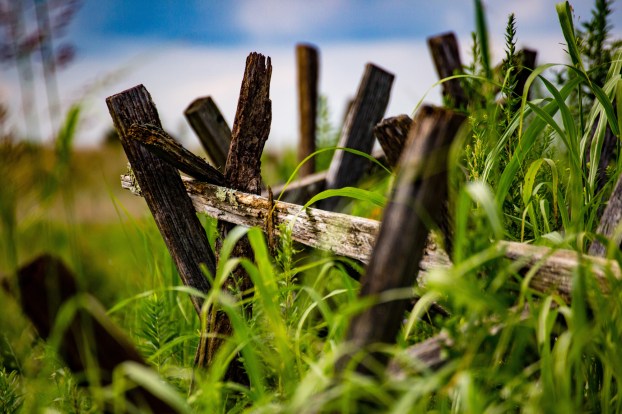 The American Battlefield Trust is planning to purchase a 128.5-acre tract of land that could nearly complete preservation of the site of the Battle of Perryville.

“This particular piece of land is of such importance to preserve,” said Nicole Ryan, communications manager for the American Battlefield Trust. “(It) is in the heart of the Perryville Battlefield and certainly would lead to near-completion of that Perryville State Historic Site.”

The Boyle County Fiscal Court agreed this month to serve as the “government sponsor” for a grant from the American Battlefield Protection Program, which could provide about $520,000 — half the expected cost of the land. The American Battlefield Trust would provide the matching funds for the grant of another $520,000, to equal the total cost of a little more than $1 million, according to Boyle County Treasurer Mary Conley.

The “White Tract” is being sold to the American Battlefield Trust by the executrix of the estate of Agnes B. White, according to an agreement of purchase and sale of real property, a copy of which Conley provided to The Advocate-Messenger.

Not everyone on Boyle County Fiscal Court was totally OK with the news when it was shared last week. Magistrate Phil Sammons said he wants to know how much more property preservationists intend to acquire and how that will affect property tax revenues, since land acquired by tax-exempt entities comes off of property tax rolls.

“I’m for the park — don’t get me wrong — but enough is enough,” Sammons said.

Magistrates Tom Ellis and Jason Cullen defended the park, arguing there’s tourism data to back up the fact that the park is a positive for Boyle County.

“My point is another 100 acres is not going to bring any more tourists to this town than it does right now,” Sammons said.

“I don’t know that that’s true,” responded Ellis, who represents Boyle County’s District 1, where the battlefield is.

The fiscal court ultimately approved serving as the government sponsor without any members opposed.

“That particular piece would secure the right flank of the Confederate Army’s attack on the Union 1st Corps and would substantially complete the preservation of that part of the battlefield,” she said.

Ryan said the property resembles a “donut hole … in the middle of the park.” While acquiring it is significant, she didn’t want to make it sound like preservation of the battlefield site will now be complete.

“There is still land that needs to be saved,” she said. “… It’s by no means going to be completely saved” by this purchase.

Perryville Battlefield State Historic Site consists of 890 acres currently. Ryan said the American Battlefield Trust has acquired other land it has yet to deed to the state for the historic site.

If acquisition of the White Tract is completed, it would bring the total acreage preserved both within the state historic site and by the American Battlefield Trust up to about 1,155.

Ryan said she can’t say how long it will take to finish the acquisition process.

“We’re just not quite to the finish line,” she said. “We’re hoping for as soon as possible, but these things just take time.”

Ryan said now that the Boyle County Fiscal Court is on-board, the next step is gaining approval of the grant application from the American Battlefield Protection Program.

The ABPP grants “are awarded through a competitive process,” according to the National Park Service. “Each grant requires a dollar-for-dollar non-Federal match. Grants are available for the … acquisition of land, or for the acquisition of permanent, protective interests in land, at Civil War battlefields … and Revolutionary War and War of 1812 battlefields.”

Applications concerning battlefields identified as “Priority I or II sites” are given “higher consideration,” according to the NPS.

Perryville Battlefield is considered a Priority I site, according to the Civil War Sites Advisory Commission Report on the Nation’s Civil War Battlefields.

“Ultimately, it’s a win-win for everyone,” Ryan said. “Because it means more open space and more access.”

This story has been updated to reflect the correct acreage for Perryville Battlefield State Historic Site and clarify that the American Battlefield Trust was not responsible for preserving all the site’s current acreage.

The Boyle County Board of Education gave final approval Thursday to a policy that will require most middle- and high-school... read more