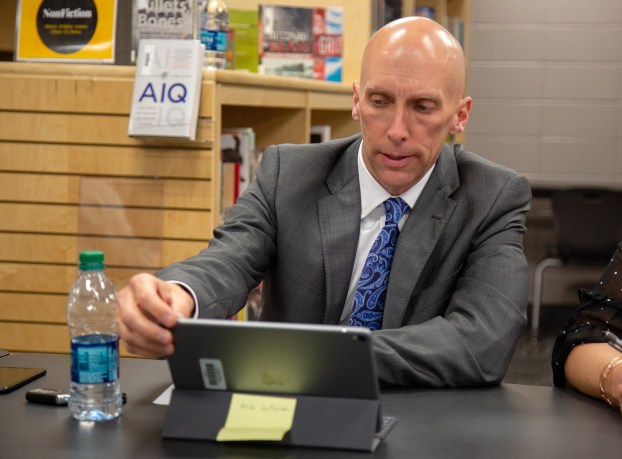 Boyle County Schools employees will get a 2-percent raise next school year. The school board voted this week to approve the raise, which Superintendent Mike LaFavers said is part of a two-year plan to increase salaries to where a new teacher could start out with a $40,000 salary and a veteran teacher could make as much as $65,000.

Salaries would hit those thresholds if the school board votes for another 2-percent raise next year. If that happens, it would put Boyle County in a good position to attract quality teachers even as there seem to be fewer and fewer teachers available, LaFavers said last week.

“It says stay with us, we’re committing to you. It says come to us, we’re paying more than just about anybody else. It really is a strong statement to our teachers,” he said. “Of course, everybody gets that raise — cafeteria workers, custodians, everybody. But what it does to the teaching pay scale in a difficult climate of finding enough teachers, that $40,000/$65,000 is really strong.”

The cost of the raises this coming year is expected to be about $338,000, according to calculations by the Director of Finance David Morris. The cost would be about the same again — $338,000 — for the next round of raises if approved.

The raises were just one of many positive and negative factors potentially affecting the district’s financial position laid out by LaFavers and Morris during last week’s working session. The duo painted with broad strokes for board members what the next two fiscal years could look like:

• in fiscal year 2019-20, negative impacts on the general fund could include the 2-percent raises; $300,000 for three new school buses; a loss of $200,000 in state “growth factor” funding due to an abnormally small first-grade class; an additional $56,762 in state-mandated pension payments; a one-time $14,000 boost to the district’s one-to-one Chromebook initiative; and about $15,000 that could be spent to “clean up” pay scales for administrators.

• positive impacts in ’19-20 include a possible gain of $250,000 in property taxes to make up for an exoneration of about the same amount that hurt the district this year; and “staffing adjustments” that could save $130,000.

• Positive factors possible in ’20-21 include regaining $150,000 in “growth factor” funding due to an abnormally large kindergarten class; $274,000 if the board opts for a 4-percent property tax increase — which LaFavers noted would be the first significant increase in six years; further “staffing adjustments” that could save $177,000; and $34,000 in savings because the district will no longer have to make payments for leaving the Kentucky School Boards Insurance Trust Fund, for a total of $636,000.

LaFavers said at that point, if the board opted to complete a $2.3 million project in waiting for its track field, that would leave the general fund almost exactly on $5 million.

LaFavers said the district is in really good shape as long as it keeps the general fund above $4 million. Should the district encounter any unplanned expenses — such as costs going up for a connector road to the new middle school or the renovation of the Woodlawn Elementary School building — LaFavers said the board could simply hold off on the track field project longer.

But if everything goes according to plan, “then you kind of recalibrate and try to go back up to $8 million,” he said. “Then you get another big game plan you try to invest in, then maybe it works it’s way back down to $5 million, and it’s just kind of a cycle over and over.”

After nearly a year of construction, Centre College’s newest and largest residence hall project is nearing completion with the help... read more