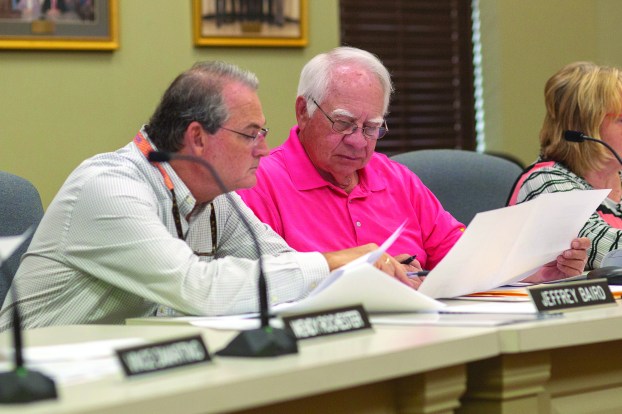 A medium-density townhouse project on Old Shakertown Road can move forward after gaining approval from the Danville-Boyle County Planning and Zoning Commission Wednesday morning. But the project will be limited in the total number of units it can put on the approximately 4-acre tract.

The P&Z Commission approved a zone change for the land from agricultural and residential to multi-family 7-0, with Commissioner Mary Beth Touchstone abstaining.

The applicant, Old Shakertown LLC, first approached P&Z in January, asking for an amendment to the future land-use map and a zone change. P&Z granted the FLUM amendment and altered the planned use of the property to “medium-density residential.” But it tabled the zone change until Old Shakertown LLC could come back with a traffic study showing whether or not the development would affect traffic congestion in the area. 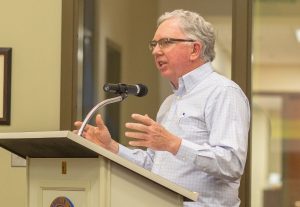 On Wednesday, engineer Luther Galloway, a former Danville city engineer, told commissioners he had completed the traffic study for the developer and determined that the only impact to traffic flow would be at the intersection of Third Street/Ky. 33 and Lexington Avenue — a traffic light well-known for causing cars to back up in all directions.

If Old Shakertown built 62 units on its 4-acre tract, at the busiest time of day for traffic there (8 a.m.), it would add no more than one vehicle per traffic light cycle, Galloway said.

“That really won’t affect the level of service,” he said.

Joe Gay, a member of Old Shakertown LLC, agreed to three new conditions proposed by P&Z members during the meeting. Originally, Old Shakertown LLC had proposed building as many as 67 units. The conceptual plan presented Wednesday was for 62 units, but Galloway also provided an alternate conceptual plan with 51 units. Gay agreed to a condition on the zone change that no more than 51 would be built.

Gay also agreed that any units built facing Old Shakertown Road would be built with their fronts toward the road, not their backs. And he agreed that Old Shakertown LLC would provide “adequate” guest parking inside the development. 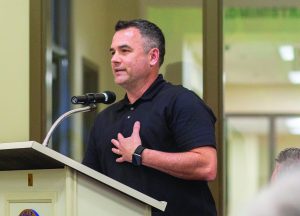 Six people testified during the portion of the public hearing reserved for those “against” the zone change, including Tim Kitts, the director of Danville’s Housing Authority.

The Housing Authority runs a moderate-density neighborhood of Section 8 housing, Nichols Terrace, adjacent to the land Old Shakertown LLC is planning to develop.

Kitts said his concern comes from looking at the development from a “family point of view,” because there aren’t plans for a playground or much public green space.

“If I move into this area of one-bedroom, two-bedroom units, where are my kids going to go?” Kitts asked. “… There’s nowhere for them to play except in the driveways.”

Kitts said he thinks around 30-40 units would be a good number because it would allow for more recreational space.

Old Shakertown LLC’s conceptual plans do include the possibility of maintaining a house currently on the property as a clubhouse or some sort of shared neighborhood space, but that plan is not guaranteed to happen.

Others opposed had objections including:

Before the P&Z Commission voted to approve the zone change, Chair Jerry Leber noted the commission has nothing to do with setting rental fees or costs.

“That is a business risk the developer takes,” he said. “If they want to charge $2,000 a month or $200 a month, that’s obviously their choice. We have no interest in that whatsoever.”

Old Shakertown LLC must still return to P&Z with a site development plan that lays out more specifically what it intends to build before it can begin construction.