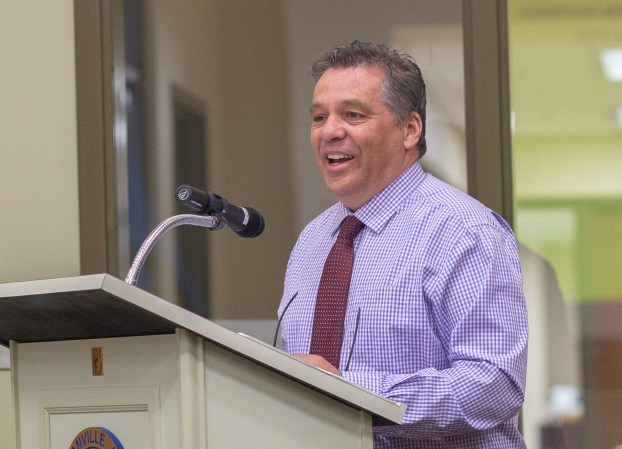 P&Z director: ‘No rules’ on zoning in Junction right now

The Danville-Boyle County Planning and Zoning Commission has approved its first subdivision plat for Junction City since the city rejoined P&Z. But there’s still more work to be done to bring Junction fully up-to-speed in terms of planning and regulating its land use, P&Z Director Steve Hunter said.

The subdivision plat approved Wednesday will allow a new mechanical business on land owned by Raymond Float to connect its private drive to the end of Margus Drive.

“The gentleman building the commercial building is going to extend Margus Drive into this property, but it will be a private travel way,” Hunter explained to the P&Z Commission. “It will match the street, curb, gutter, sidewalks — he’s going to construct all of that … so the street is going to appear to go all the way into the property.”

Since Junction City has officially rejoined P&Z after a years-long absence, that means subdivision regulations are now in effect again, Hunter said, which is why the property owner had to get his plat approved. But there is no zoning or future land-use map for the city in place, which creates an awkward situation.

The commercial business is actually being built on land that was previously zoned residential before Junction pulled out of P&Z, Hunter said. But that’s irrelevant until the city adopts a new future land-use map and zoning ordinance.

A special committee involving P&Z and Junction officials has been working in recent months to develop a new future land-use map. Once that’s complete and adopted, then the Junction City Council can begin work on a new zoning ordinance. After that zoning ordinance is adopted, Junction will be totally caught up to the rest of Boyle County, Hunter explained.

Junction City split ways with the P&Z Commission in 2011. Mayor Jim Douglas led the charge beginning in 2009 to leave P&Z, alleging P&Z regulations were enforced unevenly depending on who was in violation. He also claimed onerous P&Z regulations had led some business development prospects considering Junction to go elsewhere.

Junction’s official request to rejoin P&Z was accepted by the other governments in P&Z — Danville, Perryville and Boyle County — in February.

SAP director at jail open about past, giving chances and why laws should change