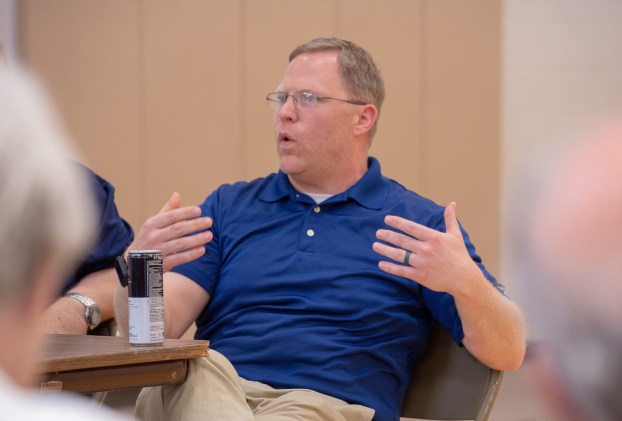 Short-term rental properties are all the rage these days, but while businesses like Airbnb can have tourism and tax benefits for the community, they can also apparently bring problems with them.

One such short-term rental property in the area of Kings Mill Road has become quite a nuisance to neighbors, according to one of them, Anne Ferguson, who brought up the issue of whether such rentals are legal during a “Pulse of the People” public forum with her magistrate, Jason Cullen, last week.

“It just happened,” Ferguson said at the Thursday evening meeting, which was attended by around 40 people. “People decided they didn’t want to continue living there, so they turned their home over to an Airbnb. It’s caused a certain number of problems.”

Ferguson said one tenant arrived with a “jet boat” that couldn’t fit in the rental property’s two parking spaces, so they parked it in someone else’s yard. When that neighbor told them to move the boat, they put it on another neighbor’s property who was gone for the weekend.

“We need some help, and it’s not just on our road. It’s throughout the county.”

Cullen said he agrees with Ferguson. 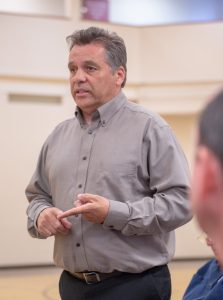 P&Z Director Steve Hunter talks about short-term rental properties and the lack of appropriate zoning for them during Thursday’s “Pulse of the People” public forum. Photo by Ben Kleppinger.

“We have classifications for a reason and Airbnbs have been able to kind of sneak under the radar on that,” Cullen said, before asking Planning and Zoning Director Steve Hunter to address the issue.

“Anne and I have talked about this already, so I think she just wanted to get it in the paper,” Hunter said, getting a roomful of chuckles. “I do, too. … It’s pretty easy from my point of view: Airbnbs are pretty much illegal under our zoning — there’s not even an ‘if’ or an ‘and.'”

Hunter said there’s one “caveat” in current zoning ordinances that would allow a grandfathered bed and breakfast business to operate as an Airbnb, and there could be a gray area in agriculturally zoned areas. But in residential zones where short-term rentals are generally located, “there’s no misunderstanding — you can’t do overnight accommodations,” Hunter said.

Officials were pressed on why nothing is done to stop short-term rentals from operating; Hunter noted Boyle County is hardly the only place where governments are struggling to catch their laws up with how businesses like Airbnb work. Louisville, for example, has already rewritten laws about short-term rentals and is working to further clean up things for the thousands of such properties there, he said.

In Boyle County, the short-term rental market has been growing and prospering for years. In addition, many property owners are operating within what they believe to be the law — they have acquired business licenses from other government entities and are paying the Convention and Visitors Bureau a 3-percent room tax as required by law, Hunter said.

It wouldn’t be beneficial at this point for P&Z to send a wrecking ball into the industry by trying to shut them all down for failing to fit current zoning regulations, he said. “I think it’s gray enough now that we’re just going to have to move slow on it.”

Hunter said that’s not to say there aren’t problems that need to be addressed. There’s a series of rental properties in a residential neighborhood on Waterworks Road that generate weekly complaints from neighbors because they’re apparently used for parties on Herrington Lake, he said.

“Every single Monday morning, I get phone calls about the 42 rooms that are now rented in multiple structures, the parties, the trash, the cars,” Hunter said. “If you guys take a trip to Gulf Shores, and three families rent a house through Airbnb —  the idea is hey, we can do that here around the lake. But we’re not Gulf Shores and down there, you’d be in the commercial zone, or a multi-family zone, or have some approval. Here, people assume just because I have a house and it’s a good opportunity, I can rent it out like a hotel every weekend and there’s not a problem there. That’s just a violation of the zoning ordinance.”

Cullen said Boyle County would like to get “ahead of the curve” so things like these rentals are addressed before they become problems for residents.

“We don’t want it to be where we have to find out about it because it’s disturbing your life,” he said. “So I appreciate all the work that Steve and his group has done to really jump in and tackle this.”

This story has been updated to reflect the correct area where a short-term rental property is located.