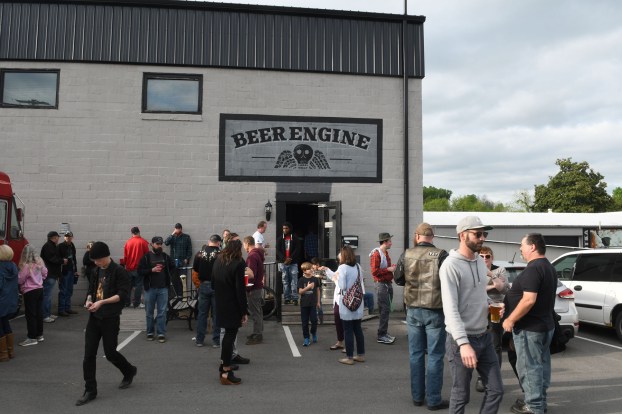 Hundreds showed up over the course of Sunday afternoon and evening to say goodbye to a local watering hole, the Beer Engine. The small brew pub opened in February

of 2011, when owner Brian Holton said it was his goal to have a taproom where people could share life and have a pint of quality beer. Holton decided not to renew the lease on the building at 107 Larrimore Lane, and has another business — Monnik Beer Co. — in Louisville, where he lives. Holton thanked the crowd, who feasted on fried snacks from the Carribean Spice Food Truck as well as party trays many brought in, and said he was proud of the establishment and its patrons. He said many friendships have been made at the Beer Engine, and won’t be forgotten.

Jaime Iocono serves up one of her last beers during the last night of operation. Photo by John Scarpa

Beer Engine owner Brian Holton spends some time with patrons during the final night of the Beer Engine’s operations. Photo by John Scarpa.
You Might Like

A Harrodsburg resident and a Mercer County family are among eight area honorees being recognized as local heroes by Camp... read more