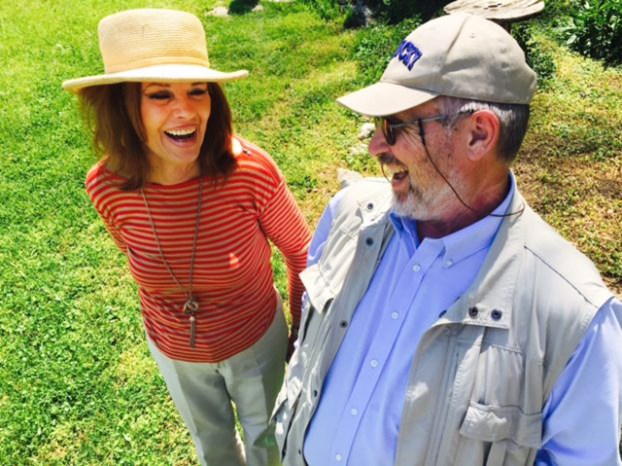 File photo Jeanne Penn Lane and Paul Stansbury have a laugh during a past Kentucky Writers Day Celebration weekend while at Penn's Store in Gravel Switch.

Kentucky writers celebration kicks off May 18

Although the Kentucky Writers Day Celebration took on a new name last year, it has continued on annually since 1996. Renamed the Jeanne Penn Lane Celebration of Kentucky Writers after Lane’s death in 2018, the event is now organized by Dawn Osborn, her daughter, who continues on with the tradition of running Penn’s Store in Gravel Switch.

“Jeanne was the driving force behind this celebration of the written word,” so it was renamed after that force, says local writer Paul Stansbury, who has helped with the event’s organization for years.

The 2019 Jeanne Penn Lane Celebration of Kentucky Writers will be Saturday through Monday,  May 18-20 in various Danville and surrounding venues. The event is free and open to the public, and offers the community a glimpse into writers’ work who have a Kentucky connection. 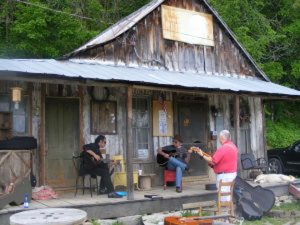 File photo
Musicans jam on the front porch of Penn’s Store in Gravel Switch during a past jam session.

Osborn says the celebration of Kentucky writers is incredibly important to her and others who plan to keep the tradition alive.

“Through my mother’s experiences in education, as an art and English teacher in the Kentucky school system, and later as a professional songwriter for 4Star Music in Nashville, my mother came to realize the wealth of creative talent in Kentucky,” Osborn says. But often, these talented folks had no platform to display their gifts, or to network with other writers and artists, she says.

“So this event has served two major purposes for creatives, as well as exposing the public to the significant talent that exist right in their own back door.”

The author showcase will begin at noon Saturday at the Boyle County Public Library. Authors, poets, writers and journalists will perform 15-minute readings from original works, as well as offer book signings in the community room.

The event is planned to run through 5 p.m. It will be emceed by local author Chad Horn and feature various writers from different genres.

A few spots are still open for interested authors, Stansbury said. Those who plan to offer books to the public will have tables provided for their set up.

The songwriters tribute showcase starts at 6 p.m. Saturday at the Kentucky Fudge Company, 225 S. Main St. in Harrodsburg. The admission is free.

Songwriters will be performing original works as well as paying tribute to other songwriters.

The showcase will cap off with an open mic at 9:30 p.m. Saturday, before closing out the show with a final jam with all of the performers.

Tunes will include country, rock, Americana and oldies.

More authors will be showcased Sunday at Historic Penn’s Store in Gravel Switch, beginning at 2 p.m. Readings will be held by Osborn, Bonnie DeHart, Manning, Sue Massek, Darlene Campbell and Paul Stansburg. To conclude the day, an open mic and songwriters jam will kick off around 4:30 p.m.

A new event, A Taste of Kentucky Flash, will be held in conjunction with writers day this year. The readings will begin at 6 p.m. Monday at Jane Barleycorn’s Market & Bar.

Authors will have several “flash pieces” with them. “We will endeavor to read as many as time permits,” Stansbury said.

For more information about the writers day celebration, or how to participate, email Paul Stansbury at ky.writers.celebration@gmail.com. To find out more about Penn’s Store, visit pennsstore.com.

Magistrates were asked to consider giving $4/hour raises to part-time staff at Boyle County EMS next year. More than half... read more