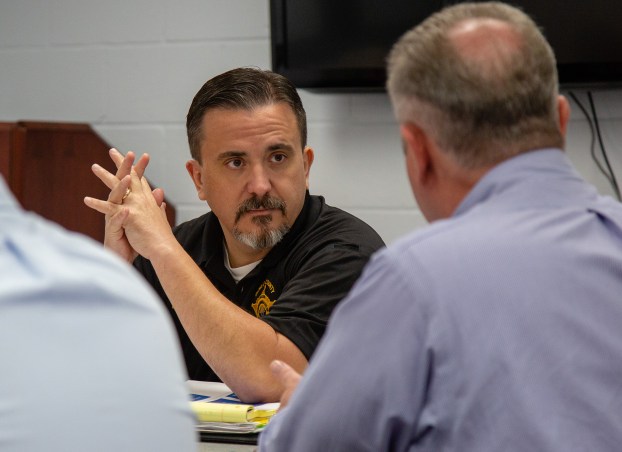 Mercer, Boyle waiting for results of RFQ to decide next steps

The counties share a district and circuit court, and since the late 1990s, they’ve shared a jail, too — the Boyle County Detention Center. That aging facility is debt-free, but it’s inefficient and doesn’t allow for constitutionally mandated levels of care for inmates, according to local officials and a study of the jail completed for the counties last year. 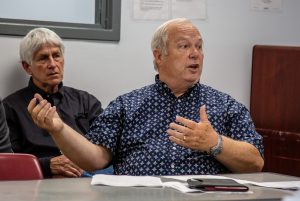 With the sun setting on the current facility, the counties are asking the same companies that competed to conduct the jail study to explain how they could help either build a new jail facility or renovate the existing one — both are ventures expected to cost more than $30 million. The formal process of asking for that information is called a “request for qualifications” — RFQ for short.

The relationship between the counties has grown tense at times in recent years, as jail costs rose and the two fiscal courts negotiated a new interlocal agreement that allowed Mercer, which has been generating a shrinking percentage of the jail’s inmates, to pay less of the net operating costs. Boyle officials have threatened or suggested multiple times in the past 24 months that a divorce is a real possibility — the counties could break up and Mercer could find a different place to house its inmates.

Those angrier moments are gone for now and things are much friendlier, but the question remains whether the next chapters for Boyle and Mercer read the same. Boyle County Fiscal Court is including $243,000 in the Joint Jail budget next fiscal year in anticipation of future renovation/construction costs, but Mercer’s magistrates have declined to reciprocate, keeping their jail reserves to themselves.

Dedman pointed out that Mercer is participating in the RFQ with Boyle County to see what the possibilities are.

“I don’t think as a fiscal court we can say we’d like to go this way or that way until we know what’s presented to us,” Dedman said.

Dean pointed out Mercer County has “followed through on our end” by earmarking $100,000 in its next budget for jail costs — Mercer just isn’t putting that money directly into the Joint Jail budget right now.

That’s because, Dean said, as Boyle County Treasurer Mary Conley previously speculated, Mercer doesn’t want to commit its jail money to the joint fund and then wind up splitting ways — Mercer couldn’t get the money back at that point. 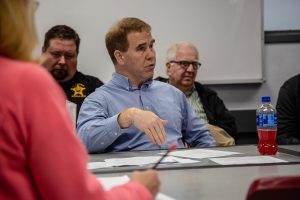 Mercer County Attorney Ted Dean said Friday his fiscal court has socked away $500,000 to $600,000 for future jail costs and is budgeting another $100,000 next fiscal year. (Photo by Ben Kleppinger)

“If we place money into this Joint Jail (budget), then the money we place in stays there. And frankly it’s subject to a 3-2 vote as to how it’s spent,” Dean said, referencing the makeup of the Joint Jail Committee — both counties judge-executives and attorneys, and the Boyle County jailer.

Dean said Mercer County also has between $500,000 and $600,000 already saved up in money earmarked for jail costs. And, he and Conley pointed out optimistically, Boyle and Mercer have already put together their joint budget for the jail in the next fiscal year.

“We’re not negotiating with Casey or Lincoln County right now,” Dean said. “I’m not driving down there and talking to those guys.”

Wofford said he completely understands where Mercer County officials are coming from; he just wanted a clear answer because of the questions he was getting. “It’s a question I had to ask, that I’m getting a lot of questions about.”

The RFQ was advertised on April 27; companies that are interested have until May 17 to ask questions and May 31 to submit. A finalist for the job is expected to be chosen June 25 and the final award decision could be made July 23.

“I think by the end of the summer, we’ll have a better handle on where we’re headed collectively,” Boyle County Judge-Executive Howard Hunt said.

In other business, the Joint Jail Committee:

• voted to recommend a smaller contract with Southern Health Partners, the jail’s health care provider, that could save more than $21,000 annually, thanks to successful reductions in the jail’s average daily population; and

• heard from Wofford that he expects to get a full-time caseworker position at the jail paid for by a recently announced $87 million grant from the National Institutes of Health intended to combat the opioid epidemic in 16 Kentucky counties.

Front Page History: Parks & Rec, jail were on the front-burner 44 years ago, too

Forty-four years ago today, in 1975, magistrates of the Boyle County Fiscal Court were discussing some of the same issues... read more