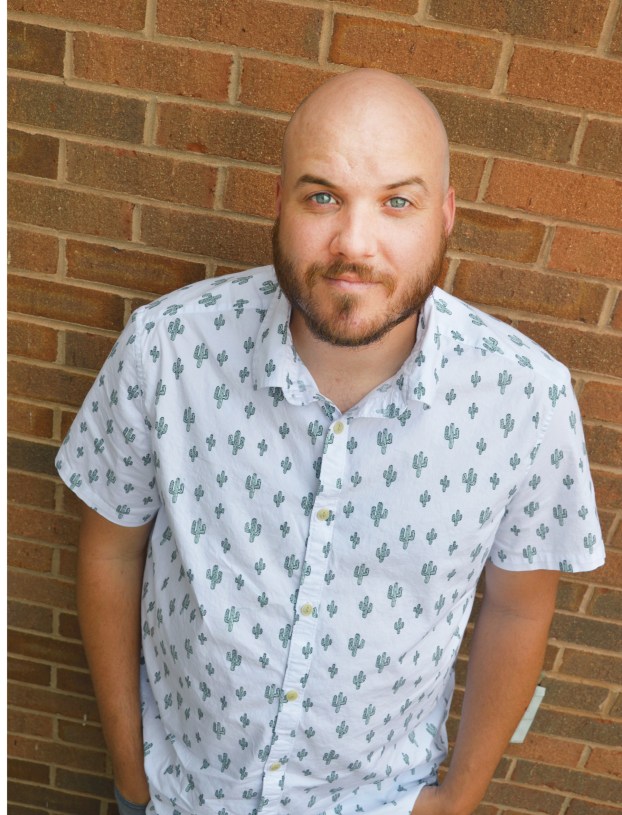 Derek Brightwell is the new sports editor at The Advocate-Messenger. (Photo by Bobbie Curd)

New sports editor eager to get to know community, teams

Derek Brightwell said he heard about “how great the sports are” in Danville. “And so far, in the few events I’ve been able to get out to, it’s clear that I might have been undersold on that.”

Brightwell is The Advocate-Messenger’s new sports editor who came on board May 28. Born and raised in Louisville, originally from the Shively/Pleasure Ridge Park area, Brightwell now resides in Bullitt County, just outside of Louisville-proper.

During Brightwell’s junior year, “I drove in the game-winning run in a regional baseball game and was interviewed by the Courier-Journal.” He said it was the “coolest thing that had happened to me at that point,” and he feels like he subconsciously decided that — no matter what — he wanted to start covering high-school sports, giving other kids the chance to have a moment like the one that meant so much to him.

“I also had great English teachers all through high school,” Brightwell said, which resulted in him “falling in love with the subject, overall.” Through those teachers, he said he learned that he loved to write.

Once Brightwell realized he was never going to play sports professionally, he knew sports writing was the perfect career for him.

“So that’s sort of how I ended up not just wanting to be a sports writer, but also wanting to specifically cover high school athletics,” Brightwell said.

“Derek has a passion for sports journalism and an understanding of the importance of local sports to the community that will serve him well in this job. He’ll keep fans up-to-date with the latest and live-stream games on social media,” said Ben Kleppinger, editor of The Advocate-Messenger. “Plus, he’s a strong writer who knows how to tell a good, local story. I think readers will be pleased when they see his bylines on B1.”

Brightwell replaces former sports editor Matt Overing, who had been in the position for more than three and a half years. He took a position as a marketing coordinator for the Norton Center for the Arts, on Centre College’s campus.

“Right now I’m working on all-things-digital ….” Overing said, including getting the website prepped for the upcoming season, and doing social media.

Overing was honest about his transition. “The step out of journalism was tough because that’s all I’ve ever known, as a professional. I loved telling the stories of our area athletes, and I got to watch this senior class through their entire high school experience,” he said. “This is a special area for sports, and I’m definitely already missing that.”

But, he says he’s ready to jump back into story-telling. During Norton Center’s season, Overing will be doing more photography and writing.

“I worked one night with Derek, showing him the ropes. He was eager to learn and ready to work. It might be cliché, but that attitude is essential for the job, and I think it’ll help him succeed,” Overing said. He said coaches and athletes alike were incredibly hospitable to him in his job as sports editor, and he’s sure they will treat Brightwell the same way.

“Danville, Boyle County and our area schools have incredible history, and more history is made every season. Sports are special because of how they bring people of all backgrounds together, and this sports community is no different,” Overing said.

And, Overing said there’s always the newspaper team if Brightwell ever needs anything. “The people he’s working with have a love for community journalism that is unparalleled …” he said.

Brightwell was working on an assembly line for a car company before coming to the newspaper. While in college, he worked at UPS and wrote for the University of Louisville’s school paper, The Louisville Cardinal.

“I’m mostly excited to meet as many people in the community as I can, and eventually learn everything I can about not just what’s going on today in the sports scene, but the history of all the teams I’m covering,” Brightwell said.

He says he hopes readers will be patient with him. “Just as I learn to navigate the deep sports pool we have here, and allow me to grow and learn so I can provide the level of coverage they’ve come to expect.”

About half a year after an in-depth study of the local jail and criminal justice system was completed, the jail... read more