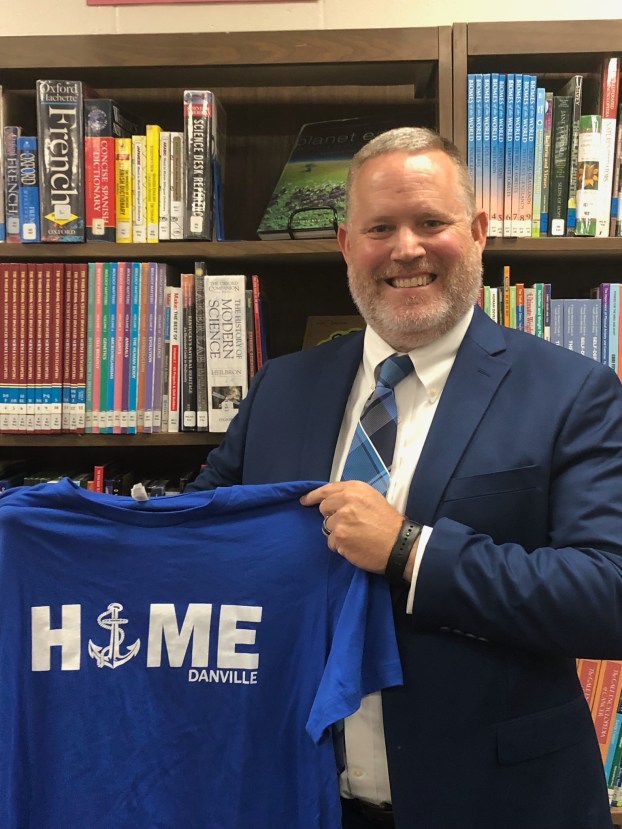 “We were really impressed with the amount of experience he would bring to the table,” said Kathy Merryman, a parent representative on the school council. “These are always tough choices that we have to make, but we all want what’s best for Danville High School and as a parent, I am fully confident he will do a great job.”

Elmore comes from Marion County, where he had been the high school principal. Prior to that, he was a high school principal in Washington County for three years. His 20-year career in education includes three years teaching at the elementary level, four years teaching at the high-school level and seven years in administration, as well as numerous years working with students at the middle-school level.

Elmore, who officially starts Monday, July 1, said he is very excited about his new job and passionate about helping ensure good education in an independent school district.

“I like the size and the closeness of the smaller district,” he said.

Elmore said he believes it’s important for students to take ownership of their learning and he plans to “hit the ground running” and “build the level of trust.”

“It’s about trust, building trust in the community and with the staff and the students,” he said, noting he plans to be very clear about expectations for students and teachers when it comes to attendance, behavior, test scores and more. “I’m just very very blessed to have this opportunity very thankful for this opportunity and excited about what the future holds for Danville.”

“When we were looking at references, every reference we found, including some (Elmore) didn’t know we were looking (at) talked about how passionate he was,” said Derek Otto, an English teacher on the school council who has been teaching at DHS for 14 years. “Many things he said in his interview showed he supports teachers and helps make them better, and he does the same for students.”

Superintendent Tammy McDonald said it was clear from Elmore’s interview, references and more that he met all the criteria for the position, which were developed by the council with input from parents, teachers, students and community members.

“I’m pleased to be working with him and I know that moving forward, we’re going to see great things for Danville High School,” she said.

Thad Elmore served as principal at Marion County High School during the 2017-18 and 2018-19 school years. In April, he was transferred to the Marion County School District’s online learning program, after the superintendent there said she “decided that new leadership is needed at the high school,” according to reporting from the Lebanon Enterprise.

“I wish to make clear that there has been no allegation of misconduct against Mr. Elmore,” Marion County Superintendent Taylora Schlosser said in a statement provided to the Lebanon Enterprise in May. “I have decided that new leadership is needed at the high school, and Mr. Elmore recognizes my authority as Superintendent to make that decision. … I want to take this opportunity to thank Mr. Elmore for his hard work.”