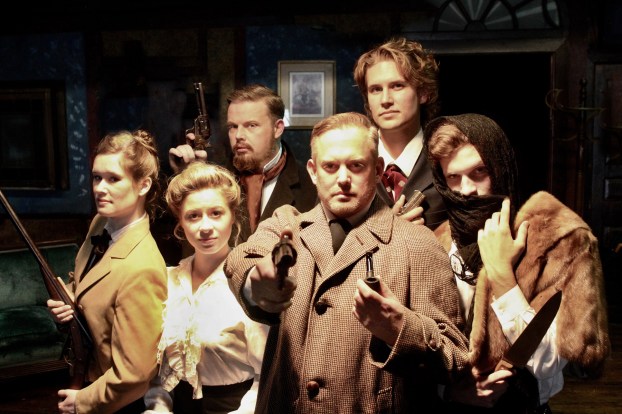 It may be summer in the Bluegrass, but for two weeks on stage at Pioneer Playhouse of Danville, it’s the height of St. Paul’s famed winter carnival where one of the city’s wealthiest young men has lost his head — literally.

“Sherlock Holmes and the Ice Palace Murders” is the second offering in the historic theatre’s 70th season under the stars. Running from June 25 through July 6, this scintillating mystery featuring everybody’s favorite deerstalker hat-wearing sleuth was written by Jeffrey Hatcher, based on the novel by Larry Millett. 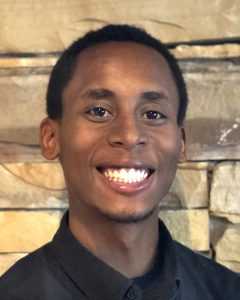 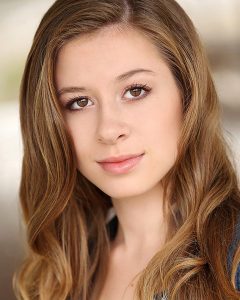 Bailey Angel and Michael Ross, are two locals who are part of the acting crew at Pioneer Playhouse this summer.

“We skipped doing a Sherlock Holmes mystery last year,” Henson says. “But when we came across this play, we knew we wanted to bring Holmes and Watson back to our stage.”

Described in reviews as a smart, funny, fast-paced mystery, “Sherlock Holmes and the Ice Palace Murders” places its iconic sleuth and his trusted sidekick, Dr. Watson in America for a change.

The year is 1896, and the setting is Minnesota in winter. A young man has gone missing just before his wedding, so it’s up to Holmes and Watson, with the help of local barkeep and amateur sleuth, Shadwell Rafferty to track a cold-blooded killer from the icy streets of St. Paul to the frozen Mississippi River.

“The setting makes this particular Sherlock special,” says Robby Henson.  “Sherlock is taken out of his comfort zone and brought to 1890’s middle-America, which is teaming with larger than life characters — Norwegians, Scandinavians, Minnesotans. Our actors are having a lot of fun with the accents.”

Playing the role of Sherlock Holmes is Drew Sutherland, an actor based in Lexington who appeared as Little Willie in Pioneer Playhouse’s opening show, “Kong’s Night Out.” Eric Seale, also from Lexington, who played beleaguered producer Myron Siegel in “Kong,” takes a turn as Dr. Watson.

“One thing we definitely encourage patrons to do is come out and see all five shows during our 10-week season,” says Heather Henson. “Getting to know our company of actors, getting to see them play such diverse characters over the course of the summer is part of the whole playhouse experience. These are talented actors, and they really get to strut their stuff and show their range over the course of the summer.”

One such versatile, young actor is Michael Ross, a Danville native, who plays the role of the latest Holmes and Watson sidekick, Rafferty.

“Michael grew up here, and has done a lot of theatre in and around Danville,” says Heather Henson, “so we’re really happy to have him as part of our company this year. And we’re also excited to have another local, Bailey Angel, getting a chance to go on stage as well.”

Bailey Angel, from Harrodsburg, studies theatre at Belmont University in Nashville, Tennessee. She volunteered at the playhouse last year, and then came back and officially auditioned for the company during the off-season. She was then hired as an acting apprentice for this season.

“It’s a tier system here at the Playhouse,” explains Robby Henson. “An acting apprentice isn’t guaranteed a role. When they sign on, they know they’ll be doing a lot of behind-the-scenes work. But auditions are open to the whole company, and we try to give everyone a chance to get on stage at least once or twice during the summer.”

“‘Sherlock Holmes and the Ice Palace Murders’ is a perfect show for that,” says Heather Henson. “Sherlock, Watson and Rafferty are set characters, but the rest of the cast work as an ensemble, playing many different roles, literally wearing many different hats.”

She thinks longtime playhouse patrons will be surprised by the character — or characters — their beloved actor Patricia Hammons plays. “Definitely something a little different,” Heather Henson says.

“This play is a lot like a show we did a few years back, ‘The 39 Steps,’ which audiences really loved,” says Robby Henson. “There are lots of different characters, lots of quick set changes. It’s a challenge for us, but that’s what we like here at the playhouse — a challenge.”

“Sherlock Holmes and the Ice Palace Murders” is directed by Anthony R. Haigh, a 50-year veteran of the theater, who also helmed “Kong’s Night Out.”

“Sherlock Holmes and the Ice Palace Murders” opens Tuesday and runs through July 6. Shows are 8:30 p.m. Tuesday-Saturday, with a home-cooked barbecue dinner available with a reservation before each show at 7:30 p.m. For tickets, call (859) 236-2747 or visit pioneerplayhouse.com.

Mercer tween honing her skills in prep for national competition

Getting down and dirty is what 12-year-old Alexis Laughlin will be doing when she competes in the National Junior High... read more