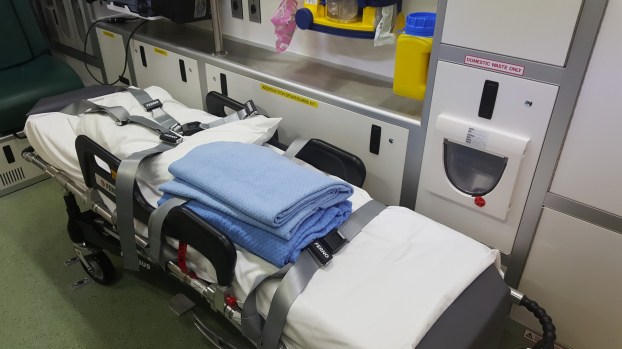 The Boyle Fiscal Court approved changes to the local EMS billing rates for 2019, including a $375 rate for “ambulance response treatment, no transport.”

EMS Director Mike Rogers said about 20 percent of Boyle’s ambulance runs are not billable right now because they don’t result in a patient transport. That’s an expense for the county without an off-setting revenue.

But more and more, it’s becoming possible to bill for runs, such as diabetic emergencies, during which EMS personnel provide treatment but the patient doesn’t need to go to the hospital. Now, Boyle County has a billing company that’s willing to process such claims — it hadn’t in the past — and there are some private insurances that recognize the value of paying for such non-transport runs.

Rogers has explained previously that because major health insurance providers such as Medicare won’t pay EMS for non-transport calls, it incentivizes EMS providers to transport patients to the hospital who don’t need to go.

In the case of a diabetic patient who just needs to eat something to get their blood sugar under control, transports wind up being notably expensive, he said in May. “If they take them to the hospital, all the doctor is going to do is give them a sandwich and send them home with a big bill.”

Magistrate John Caywood said in May, Boyle EMS made 457 runs, but only 323 of those were billable. Over the course of 2019 so far, there have been almost 1,000 un-billable runs.

“We hope the taxpayer understands that we’re in a similar situation to where a piece of their tax dollar is taking care of that concept known as uncompensated care,” he said.

Magistrate Ronnie Short said he was concerned about low-income people who need care and then get stuck with a bill for non-transport care.

“They definitely don’t have the money to pay for this. You’re going to bill them $375 anyway?” he asked. “If they don’t pay it, you just keep billing it?”

Rogers said after sending the bill three times, the bill would be sent to collections “and that’s as far as it goes.”

Caywood noted Boyle County would never file a lawsuit against anyone who fails to pay their EMS bill.

Magistrate Jason Cullen made the motion to approve the new EMS rate chart, noting the likelihood of government insurance paying for non-transport runs “on the horizon.”

“Either the taxpayer is going to pay it, or we can bill these things through Medicare or Medicaid,” he said.

Cheri Carbone moved to Kentucky in 1985. She says she hated leaving her hometown of Streator, Illinois, but she felt... read more