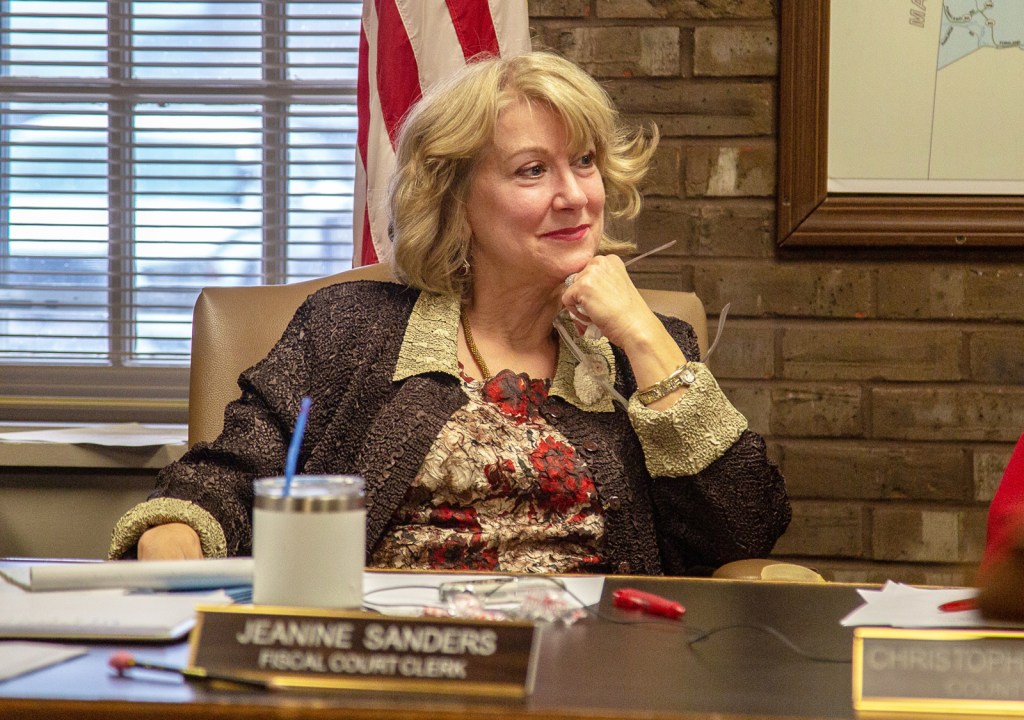 Jeanine Sanders’ last day working for Boyle County will be Friday. The retiring fiscal court clerk has been an important part of day-to-day operations in the county judge-executive’s office since 2012.

Talking to her about the eight years she spent in county government working for two administrations, it’s clear what she’ll miss the most is seeing all the things local officials do behind-the-scenes and without getting credit.

Rather than talk about her own experiences, she prefers to talk about what those around her have done. Like when Judge-Executive Howard Hunt and Magistrate Phil Sammons just recently helped a homeless veteran get a hotel room and then get into a rehab facility in Lexington.

“There are quiet Santas everywhere, and little secret Santas,” she says with a smile. “They’re all good people.”

Sanders came up with another example: This past weekend, Magistrate Jason Cullen noticed a mailbox knocked down and some tree branches messed up as he was driving to church. He turned around and found a car that had wrecked off the side of the road, with a man still in it, she says.

“So he called EMS and got the EMS folks there and then he went to church in Lexington with his family,” Sanders says. 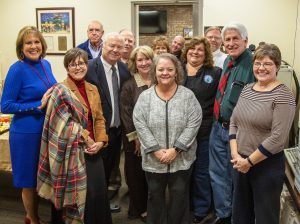 There’s also less serious news she enjoys keeping up with about county goings-on — like “romance — who is dating who,” she says. But mostly, she says she’s been in a position to see what the public doesn’t always get to see — “so many people doing so many good things.”

Sanders’ first day for Boyle County was March 26, 2012 — she can still rattle off the date from memory the moment she’s asked.

“It was just a new experience. It was a lot to do. A quiet day can be very busy,” she says, adding — “It was fun. Judge (Harold) McKinney was just a blast.”

Both judge-executives she’s worked for — McKinney, who retired at the end of 2018 and Howard Hunt, who is in his first year — have great qualities about them that Sanders says made her love working in the courthouse.

McKinney — “he sings and dances and always has a joke and a word of the day,” she says with a smile. Hunt, a retired brigadier general, stays “very busy” and “you can tell he’s military because he takes care of his ‘troops,'” she says.

Sanders says when Hunt took office as a first-time judge-executive, “I had three words on my computer — ‘Keep him legal.’ We didn’t want him to be breaking any laws” as he learned the ropes.

That’s just how county government here works, she explains — “We want everybody to succeed. That’s what you’re supposed to do.”

Sanders lights up even brighter than usual as she describes her plans for retirement. She, her retired sister Karen Hearne, her retiring sister Elaine Lanham and their mother, Mary, are going to travel together.

“I’m hoping we’re going to go to Michigan to see my great nephew, who was born last month,” she says. “And who knows — we may slide over to Canada, now that I have my passport.”

Sanders said she and her husband are going to do a lot of traveling together, as well.

The fiscal court celebrated Sanders on Tuesday, with a Faithful Service Award presented by Hunt and a lunch reception after its regular meeting.

Hunt said the award was a “heartfelt” statement of appreciation from the entire fiscal court.

“She may have seen this because she sees everything that’s on my desk,” Hunt joked.

“This award is presented as a result of a unanimous vote of appreciation by the Boyle County Fiscal Court,” Hunt said. “… Thank you, Jeanine.”