Bell resigns as parks director, says he experienced ‘frustrations along the way’; Open records request made to city to obtain information surrounding ‘investigation’ 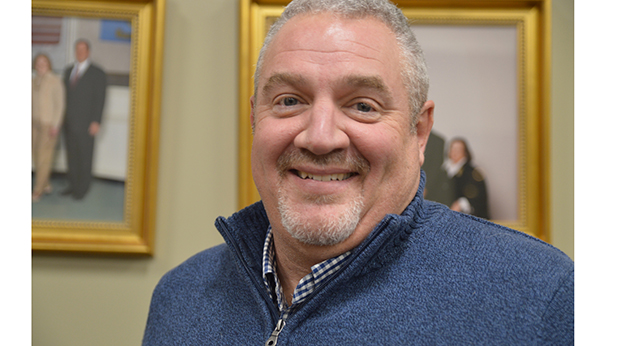 Although speculation has been circulating throughout the community about the resignation of Danville/Boyle County Parks and Recreation Director John Bell, the city and Bell are staying mum on the details, based on it being a personnel issue.

Sources told The Advocate-Messenger that an investigation by the city led to his resignation,  and an open records request has been forwarded to the city requesting information. The Kentucky Open Records Act requires a response within three business days.

Bell came on the job in April of 2019, and has been widely commended for his involvement in the handling of the longstanding parks debate between the city and county. The department had been jointly operated by both the city and county, but disagreements about funding and maintenance of city-owned parks brought amicable talks to a standstill. Talks resumed, eventually resulting in a city-run parks department.

Many officials have said Bell was instrumental in helping to mediate between the two agencies during all of this, and have gone on to further praise him and his job performance since then.

In a special-called meeting Friday morning, the city commission went into executive session, as it is legally allowed to do when discussing personnel actions.

After about 20 minutes, the members returned, with Commissioner Denise Terry making the motion “that we accept the resignation of John Bell as Parks and Recreation director.” Commissioner Kevin Caudill seconded the motion.

Mayor Mike Perros asked if there was any discussion on the issue, with no one speaking up, and the resignation was accepted unanimously, with exception of Commissioner Rick Serres, who was absent due to a pre-scheduled trip.

Interim City Manager Earl Coffey, whom the commission appointed earlier this summer when David Milliron was terminated after seven months on the job, was contacted for comment.

Coffey responded with a release, stating that the board of commissioners accepted his resignation, and that “the search for a new department director will begin immediately, with the hope of finding a qualified replacement as soon as possible.”

The statement concludes with, “The community should rest assured that the programs operated through the Parks and Recreation Department will not be affected by this change.”

In addition to the release, Coffey said, “We will not have any further comment on the subject.”

“It is a surprisingly sad parting,” said Commissioner Serres, a longtime Parks Department advocate. “But we have responsible, experienced staff in place to keep Parks and Rec moving along. And given that the department is part of the city, that support is also there. Moving on with optimism.”

Due to social media posts being circulated from someone saying they had knowledge that Bell may no longer be on the job, and other sources stating an investigation was underway, he was contacted last week for comment. But at that time, he respectfully declined to discuss the situation until the resignation was officially accepted by the commission and announced by the city.

On Friday, just after the special-called meeting adjourned, Bell agreed to talk.

“Basically, the summation is — in the 16 months I’ve been here, there’s obviously been a lot of change.” He explained how they have moved from “an independent park board, announcing two months in (after he began the job) that the city was going to pull its funding to start its own Parks and Rec Department.”

Bell said they worked through all of that. “I’ve worked with three city managers (longtime City Manager Ron Scott, Milliron and Coffey) and now they’re on the search for a fourth. I’ve just realized, things have changed.”

Bell said some of the goals the park board “had when they hired me are no longer on the table. The job changed, with the city looking for its next city manager, don’t know if it will be Earl (Coffey) or not, but they’re doing a search. And I think it’s time for a new park director to work with a new city manager to establish the goals and accomplish great things for the city.”

Bell was asked about the investigation by the city. “I’m not sure. I had some frustrations along the way, I did. I just want to leave it in a good state, and to where both myself and the city can work forward without anything out there that can stand in the way.”

Bell would not comment further about complaints made against him. “It’s all personnel matters, and I’m not going to discuss it.”

He said, “I’m leaving on good terms, on both sides, and that’s the way — as I’ve departed anything in my career, that’s the way I’ve left every one of them. That’s what’s best for everybody. Need to look forward, with what’s going to be accomplished, and not look back at what has or hasn’t.”

How word gets around

Last week, when first contacted, Bell would not comment on the social media posts circulating, and said he did not know the person who had written them.

An Aug. 25 post shows a person claiming to know that the city commission went into executive session the night before to talk about the Parks Department, but that no action was taken.

When the commission enters into executive session, it only cites what type of topic will be discussed, such as “impending litigation, personnel issues,” etc. If no action is taken, they do not return with any updates, other than “no action taken.”

Coffey and City Attorney Stephen Dexter were emailed, asking if they were aware of the posts and the claim that someone knew what was being discussed, as well as if there are any provisions within the city’s ethics ordinance to prevent this. They have not responded.

“The Open Meeting Act allows legislative bodies to go into closed session to discuss the discipline, termination or hiring of an employee,” said Morgan Patterson, director of municipal law with the Kentucky League of Cities. “However, (the act) does not contain certain confidentiality provisions.”

Patterson said there are some cities which include confidentiality provisions into their ethics ordinance, “making it an ethical violation.”

The city’s Code of Ethics Ordinance, adopted in 1995,  outlines a section titled “Misuse of Confidential Information.” It says officers or employees of the city must not use or disclose information acquired in their official duties, but goes on to stipulate, “… if the primary purpose of the use or disclosure is to further his or her personal financial interest.”

The ordinance does not speak to the commission’s responsibility in regards to personnel issues or other confidential information discussed in closed sessions.

Patterson also said that in a few instances, cities have taken a vote before going into executive session “to maintain the confidentiality of what’s said in closed session, to the extent the law provides. And in those instances, there could be, depending upon the topic and how it relates to a personnel issue, some enforcement mechanism.”

Patterson said that it’s not unusual for KLC to receive calls about this issue. “It just depends on the municipalities themselves, not many I’m aware of that have included it in the ethics ordinance.”

An addendum to another social media post by the person claiming to have knowledge of what was discussed stated they had received private messages about the background of the issue, that it “certainly shocked” them, and that they now understand why City Manager Coffey “could not really give me a lot of information.”

Bell was asked about the “shocking” background. “I’m aware there will be a lot of rumors floating around at this time. I hope people will respect private, personnel matters of the city. And allow the city, and myself, to move forward.”

Tools of the tradeDispatch, equipment key parts of police…