Constitution Day to be celebrated by St. Asaph DAR 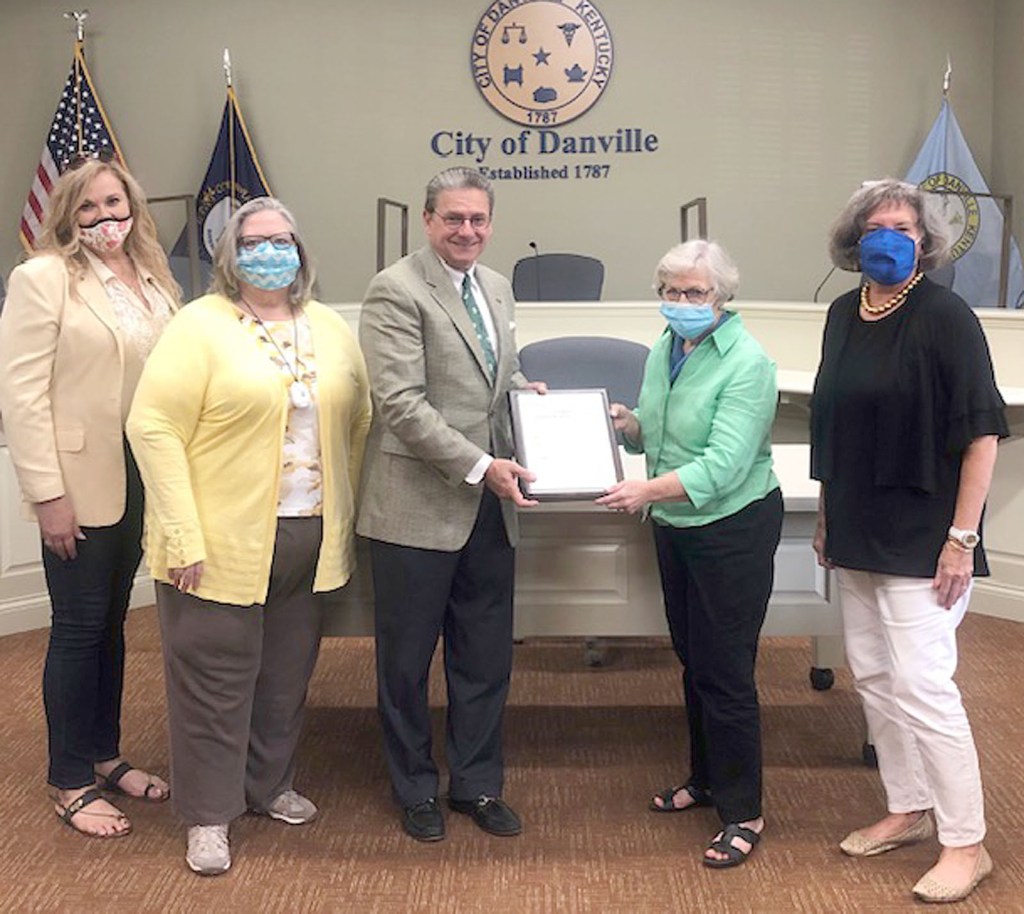 The local St. Asaph Chapter of the Daughters of the American Revolution, in conjunction with the National Society of the DAR will be celebrating Constitution Day on Thursday, Sept. 17 which is the date when America’s founding fathers signed the U.S Constitution in 1787.

Perros read the proclamation on behalf of the city commission which said it urges “all citizens to study the Constitution and reflect on the privilege of being an American with all the rights and responsibilities which that privilege involves.

At 2 p.m. on Thursday, bells will be run at churches and the courthouse to celebrate Constitution Day.

DAR Regent Judy Sieweke said in 1956 the observance of Constitution Week was passed by Congress  and signed into law by President Dwight D. Eisenhower to encourage the study of, and education of the public about the Constitution and the American form of government.

“This week the DAR invites everyone to read the words in our country’s Constitution, and become familiar with its wisdom for the ages. It serves as a comforting and reassuring set of principles that are found relevant year after year'” Sieweke said.

The local DAR chapter also provides Pocket Constitutions to eight-grade students every year, when they learn about the Constitution she said.

“DAR knows how important the Constitution is to our culture of democracy, fair play and justice for all,” Sieweke said. “And we think it is important to promote its principles in each generation. The Constitution serves as an important guide about all aspects of our lives.”

She added, “This year being an election year, we will see the Constitution in action. Voters, officials and courts will turn to the pages of the Constitution for an impartial guide for moving forward in our rich tradition of holding peaceful elections.”