Rankin will be remembered for his community work 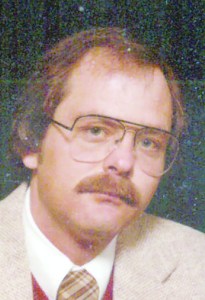 James “Jimmy” Rankin, who was one of the original volunteers for the Great American Brass Band Festival, died on Sunday, Dec. 13.

Professionally, Rankin was a civil engineer for Housing and Urban Development urban renewal program. And privately, he was a strong community supporter.

Rankin was a board member of Family Services Association of Boyle County, who honored him as a Lifetime Board member.

Fellow board member Milton Scharborough said Rankin, “Was both gifted as a handyman and generous with the use of his skills and his contacts for FSA.”

“His talents, however, went beyond that of being an all-purpose handyman. He served as vice president of the agency eight times and president five times. Hence, he also provided the board with leadership in carrying out its mission.”

“Despite his prominence in our agency, he was the most genuinely humble person I have ever known. He wanted no credit or attention for himself, although he richly deserved it,” Scharborough said.

“There was not a nicer, kinder, more thoughtful person you could ever be around,” said Larry Vaught who worked side-by-side with Rankin for many years during the festival. “He knew where everything was, he knew all of the schedules, he knew all of the instruments. And, he knew everyone,” Vaught said.

Rankin, “Wanted to do everything he could do to make the festival the best it could be.”

Rankin wanted to stay behind the scenes and not take credit for any of his hard work, Vaught recalled. “He wanted to haul stuff and it up on the stage so that others could perform.” He added, “To me, he was Mr. Brass Band. Anything that needed done before, during or after the festival he could do it.”

Another GABBF long-time volunteer, Tom Tye said Rankin “Was the person who took care of the inventories, the signs and equipment. He supervised the young workers,” and made sure trucks delivering tables, chairs and other equipment got to the right venues and people were on hand to unload, set up and load it all back on the trucks after the event.

Tye said he expects that during next year’s festival, if something doesn’t get done or something can’t be located, it will be because Rankin had been in charge of the logistics for so long.

“He was the voice of calm,” Tye said. If the weather didn’t cooperate or if something was not right, “He was the one who would smooth things out,” and get the volunteers back on track.

Tye said one of his most cherished memories of working with Rankin for 28 years at the festival will be “when we shared communion” on Sunday morning at the community church service.

Visitation will be from 11 a.m. to 1 p.m. prior to the 1 p.m. service today at Stith Funeral Home in Danville