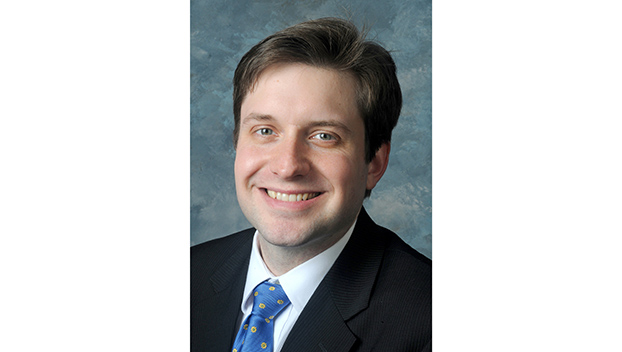 With billions of taxpayer dollars budgeted to state programs, agencies, and cabinets, accountability is one of the most important functions of our budget committees. This week members heard updates on how the money we allocated in HB 1 is being spent in order to determine what we need to adjust when we come back into session in January. While we received some good news, we also heard some things that concerned us. I hope you will take a few moments to read this week’s update and let me know if you have any questions or would like further information.

Expanding Broadband to the Last Mile: $300 million budgeted in 2021

High speed internet access is growing more and more important to our daily lives and I am committed to working with other legislators to ensure every rural community has access. After all, broadband is important to the economy, healthcare, education, and overall quality of life. Over the past several years, the legislature has created a special fund to help deliver broadband to what some refer to as “the last house at the end of the last mile of rural road.” I am reminded of how electricity was delivered to rural communities by cooperatives and public/private partnerships a century ago. It takes a commitment and it takes a strategy to ensure we get the most out of every dollar. Last year, we committed $300 million to the Broadband Deployment Fund. Very little of the money has been spent, so this session the legislature approved a bill that creates an office dedicated to making sure the expansion happens. Committee members heard an update on efforts to speed it up, including the first round of $89 million distributed to broadband providers to get projects moving.

It has been decades since our state has made a significant investment in our water and wastewater infrastructure and it shows. While we can still access clean water with the turn of a faucet handle, many cannot and we are far too dependent on aging water and wastewater lines. Last year, we committed $250 million to help local communities replace and upgrade that infrastructure. The program has proved successful, with projects in the works across the Commonwealth. Because of the progress we are seeing, we invested another $250 million in this year’s budget. We directed the administration to allocate funding to counties based on population, so Boyle County is eligible to receive $1.85 million. According to the state’s budget director, the administration is preparing for round two of funding to be awarded based on applications from local governments.

Not all news was good news. As I have shared in the past, the budget we passed earlier this year also included an 8% raise for state workers, but required the Personnel Cabinet to perform a study to determine if the state’s pay scale and classification system are appropriate for today’s market. It has been more than 20 years since state employees received a pay raise as required by state law. While it has been a priority for us over the past several years, we had limited funds and we had to deal with the public pension liability first. This year’s pay increase is the next step in a strategy to rebuild the state’s public workforce to effectively and efficiently deliver necessary services to Kentuckians. The first step is to receive a detailed compensation and classification plan from the Personnel Cabinet, something we have been waiting for more than a year to receive. Because the cabinet failed to meet earlier commitments to submit a plan, the budget also included a July 7 deadline and a $2 million penalty for every month it is late. Members of the Budget Review Sub-Committee on General Government, Finance, Personnel, and Public Retirement met to discuss the plan this week, and instead the cabinet’s representatives gave members an eight page summary for a 45 page document that contained no data, nor any information about how Kentucky stacks up against other state governments, public or private employers. It was disappointing and frustrating as we are looking for this information to determine what can be done going forward.

Members of the Appropriations and Revenue Committee also heard from an economist regarding the Governor’s executive order that suspended a two cent per gallon increase in the motor fuels tax. The Governor’s order expires when we return to session in January, so we are watching closely to determine if it actually helps Kentucky families. I know it seems like any relief is good, but this one may be penny wise and pound foolish. With so many interstate miles, this move helps a lot of folks driving through our state and commercial companies hauling products across the state. According to testimony, Kentucky drivers will only save an average of 94 cents per month. However, funding for road maintenance and improvements on the state and local level will decrease by $35 million. That essentially means that county road budgets are going to take a more than $15 million hit and the state road fund will lose just over $16.5 million. In Casey County, that two cent gas tax freeze translates into a loss of $53,165. That money has to come from somewhere or the maintenance gets deferred, something that will eventually cost drivers and the government more as projects get more expensive and drivers incur car repairs and accidents caused by dangerous roads.

We will continue to prepare for the 2023 Regular Session. However, in the meantime, I can be reached through the toll-free message line in Frankfort at 1-800-372-7181. Feel free to contact me via email at Daniel.Elliott@lrc.ky.gov. If you would like more information, please visit the LRC website legislature.ky.gov.