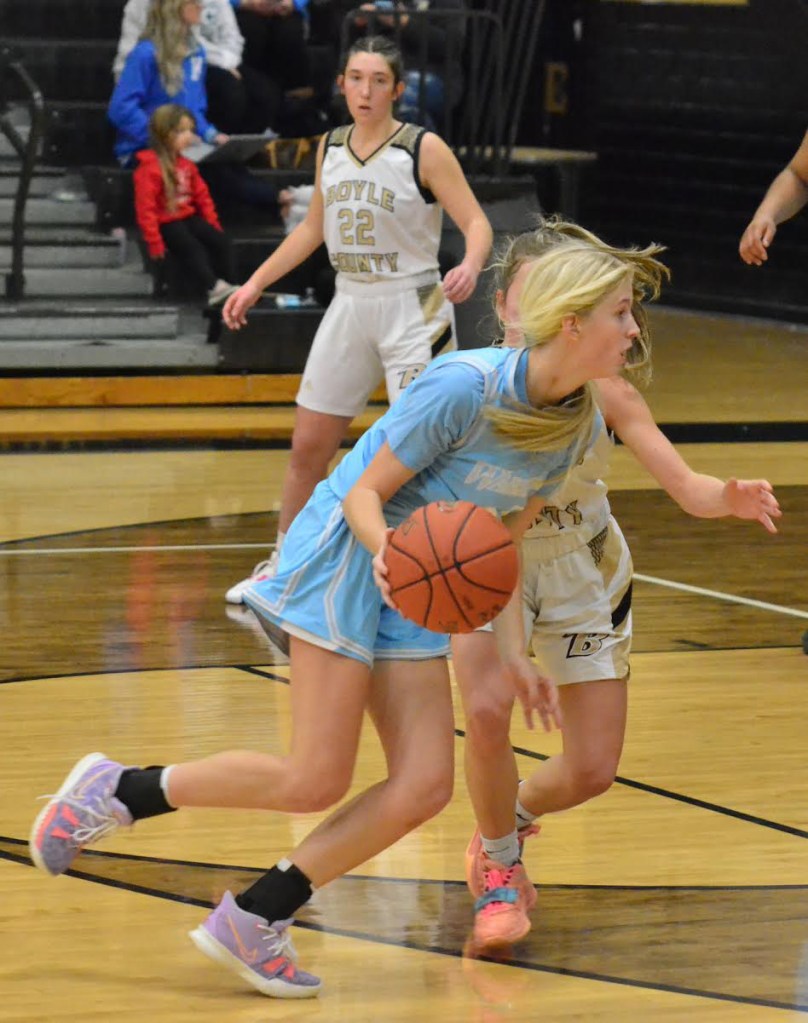 Alexia Baldock of Danville Christian drives along the perimeter against Boyle County’s Zoey Robbins as Boyle’s Andi Glasscock looks on during the second quarter Tuesday. Photo by Mike Marsee

Danville Christian Academy overcame its own mistakes with aggressive play and defense to defeat Boyle County 44-31 on Tuesday in a clash of cold-shooting teams.

The defense and the hustle has been there,” DCA coach Billy Inmon said. “What normally has been there is we scored 79, 84, 67 (in the previous three games) and then this. We didn’t do a very good job shooting the ball and just being under control and making the easy plays.”

The Lady Warriors did use their depth and speed — two things they have more of this season — to force the Lady Rebels into mistakes as well. Inmon said he wants to ensure that his team makes the most of those assets going forward in ways it didn’t in this game.

“I’ve got to watch this film and make sure that I get back to that, let them have more fun, loosen the reins up because they are playing such good defense,” Inmon said.

DCA, which went 18-9 and reached the 12th Region Tournament for the first time last season, has expanded its rotation this season to include as many as 10 players. Seven of them scored Tuesday, led by reserve Paisley Metz with 15 points.

Grace Mbugua, the leading scorer on the season, had 10 points, as did Alexia Baldock, a transfer from Lincoln County who has taken over at point guard and who is also adept at driving into the lane and finishing at the basket.

“I haven’t had a true point guard in a lot of years,” Inmon said. “It’s really nice because it allows players like (Braxtyn Heck and Victoria (Inmon) and allows them to play their true position, and she fits in well because she’s got a high character.”

DCA led 30-14 in the third quarter, then responded with 10 straight points in the fourth after Boyle pulled within 32-26.

The Lady Warriors outrebounded Boyle 33-23, getting eight rebounds from both Mbugua and Victoria Inmon.

Andi Glasscock led Boyle with 15 points — she had 22 in the Lady Rebels’ previous seven games — and Payton Bugg added eight. 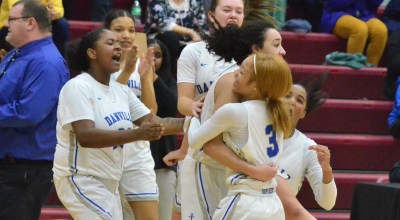 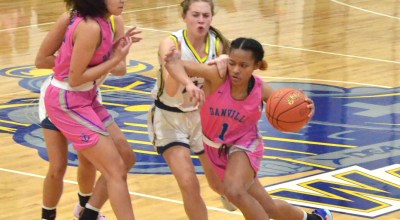 Danville girls edge DCA; Both teams eye All “A” rematch